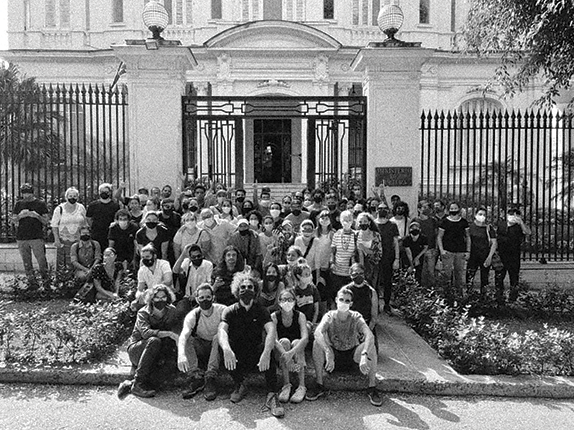 On Nov. 27, 2020, more than 300 artists, intellectuals and Cuban citizens presented themselves at the Ministry of Culture to demand the government follow through on their expressed commitment to freedom and civil rights. The protest came as a result of police violence exerted the previous day against members of the San Isidro Movement – an activist group who over the course of the past few years has been vocal in demanding greater freedom of expression in Cuba.

Using social media as a tool to bring awareness to their cause, they have sparked renewed attention and urgency in calling for an end to government censorship and repression against all artists, intellectuals and activists in Cuba. This community adopted the name 27N and together have staged peaceful protests asking for freedom of artistic expression in the face of government repression.

This afternoon, Thursday, Jan. 7, at 4 p.m., MOCA will host a virtual panel with artist and activist Tania Bruguera and other members of the 27N collective of Cuban activists.