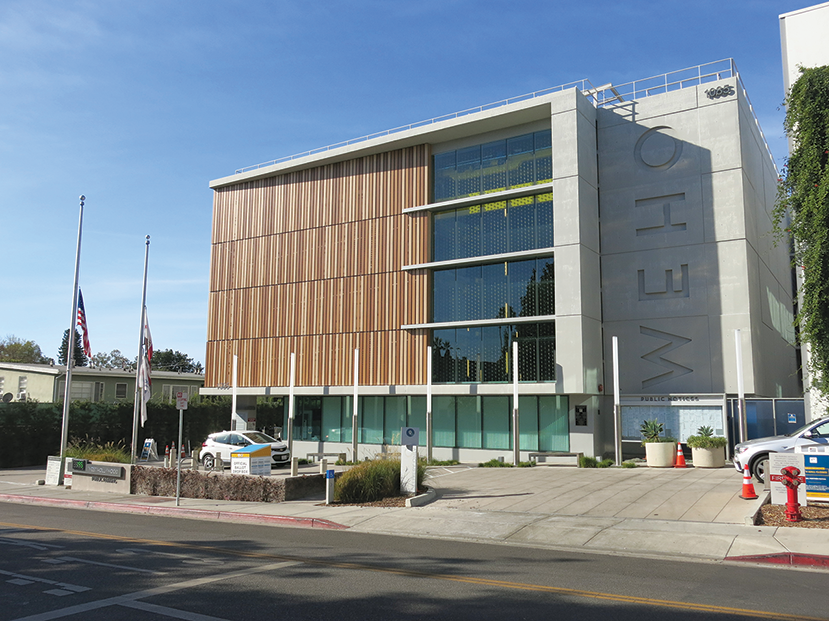 West Hollywood City Hall flew its flags at half-staff in honor of the Capitol Police officers who died after the Jan. 6 riot. (photo by Cameron Kiszla)

After the Jan. 6 insurrection at the United States Capitol, U.S. Rep. Ted Lieu (D-Torrance) took a prominent role in the effort to remove President Donald Trump from office. On Jan. 12, Speaker of the House Nancy Pelosi (D-San Francisco) announced that Lieu will be one of the impeachment managers for the Senate trial.

The House voted to impeach Trump on Jan. 13, and the Senate trial has not yet been scheduled.

Lieu helped draft the article of impeachment with fellow impeachment manager Rep. David Cicilline (D-R.I.) while they sheltered from the chaos in Cicilline’s office. Lieu described the afternoon in an interview with the Park Labrea News and Beverly Press.

“After the momentary fear had passed, it turned into anger, and Congressman David Cicilline and I decided that the appropriate next step is to remove this dangerous and delusional president from office, so we started drafting up the articles of impeachment later that day,” Lieu said.

Lieu said it’s important to impeach Trump, who whipped his supporters into a “violent mob” that attacked Congress.

“This mob was trying to assassinate Speaker [Nancy] Pelosi, hang Vice President [Mike] Pence and they were hunting lawmakers,” Lieu said. “Our response can’t just be to issue strongly worded press statements. We need to take strong action so that future generations will know that we responded swiftly and strongly to this attack on the nation’s capital.”

On Jan. 13, U.S. Rep. Adam Schiff (D-Burbank), who served as an impeachment manager for the 2019-20 impeachment trial of Trump, stated his strong support for the new impeachment effort on the floor of the House of Representatives.

“One week ago, the president incited an insurrection against Congress to prevent the peaceful transition of power,” Schiff said. “It was the most dangerous moment for our democracy in a century.

“Today, we invoke the remedy the founders provided for just such a lawless president – impeachment. More important, today we begin the long road to restoration. America has been through a civil war, world wars, a great depression, pandemics, McCarthyism and now a Trumpist and white nationalist insurrection.

“And yet, our democracy endures. It endures because at every key juncture, every pivotal moment, when evil threatened to overtake good, patriotic Americans stepped forward to say ‘enough.’ This is one of those moments.

“To preserve this sacred place, this citadel of democracy, for ourselves and for posterity, let us say ‘enough.’ Enough,” Schiff said. 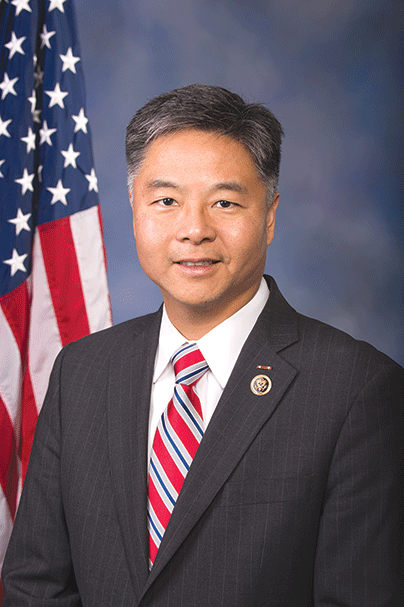 Lieu added that impeachment is not the only remedy he seeks, and using his position on the House Judiciary Committee, which oversees law enforcement, he wants to “have oversight hearings and figure out what went wrong” with security at the Capitol.

“What was the intelligence about this attack on the Capitol? Why was federal law enforcement so unprepared? What did the FBI know and when did they know it, and what is the Department of Justice doing to go after the rioters who attacked the nation’s capital?” Lieu said. “That mob, in addition to threatening lawmakers, they also caused the death of at least one police officer and injured many more.”

O’Farrell said it’s “imperative” to impeach Trump because he “incited an insurrection that resulted in five deaths.”

“Trump nor his enablers are fit to hold public office. They’ve lost that privilege by inciting an insurrection against our and their own government … It’s a very real concern, I think to all Americans, that [Trump] may very well instigate something even worse. He still has the power. He is still the commander in chief. At the same time, he’s a clear and present danger to the peace and prosperity of the United States, and a clear and present danger to the rest of the world. He needs to be removed immediately,” O’Farrell said.

“President Trump calling upon his misguided followers made up of white supremacists, anti-Semites and racists to overthrow the government is a clear act of sedition seeking to topple our great democracy,” Koretz added in a statement. “It portrays the deteriorating mental state of a madman, not a president of the United States sworn to uphold the Constitution. Trump presents a clear and present danger to our democracy and needs to be removed from office immediately to prevent him from committing any further damage.”

In response to the violence in Washington, D.C., as well as reports of similar planned protests in state capitals across the country, local leaders and law enforcement are gearing up for what could be a busy Inauguration Day on Jan. 20.

Officer Drake Madison of the Los Angeles Police Department did “not have anything to disseminate” regarding the Jan. 6 riot or plans for Inauguration Day, but O’Farrell noted that he has been in contact with LAPD Chief Michel Moore “so that we can talk about safety measures.” O’Farrell added that the LAPD will be “fully prepared … in case any delusional character gets an idea that they’re going to storm any of the public buildings.”

“I’m sure that we’ll be in good shape and the police are preparing for that,” O’Farrell said.

In a statement, Los Angeles County Sheriff’s Department Lt. William Moulder, of the West Hollywood Sheriff’s Station, said the LASD was ready for any planned disruptions.

“Based on the events last week in our nation’s capital, the sheriff’s department is prepared, through the inauguration, to respond to any demonstrations, protests or civil unrest. We also are working closely with our local, state and federal law enforcement partners. The sheriff’s department has assets and personnel in place to keep our communities safe and maintain peace,” Moulder said.

In Beverly Hills, interim Police Chief Dominick Rivetti noted in a video statement released on Jan. 12 that his department is preparing for protests in the city.

“While we are hopeful for a peaceful week ahead, the department will be prepared and on full alert through the residential and business districts leading up to and on Inauguration Day,” Rivetti said.

Despite the preparations, Lieu noted that “it’s possible” that there won’t be any more unrest, though it would require help from across the aisle.

“The best way to prevent that from happening is for Republicans and Donald Trump to say there was no mass election fraud, that thousands of dead people did not vote, that machines did not switch votes, that people who were unregistered did not vote and put to bed the big lie. That’s how you prevent the violent base part of the Republican Party from acting out on the big lie,” Lieu said.