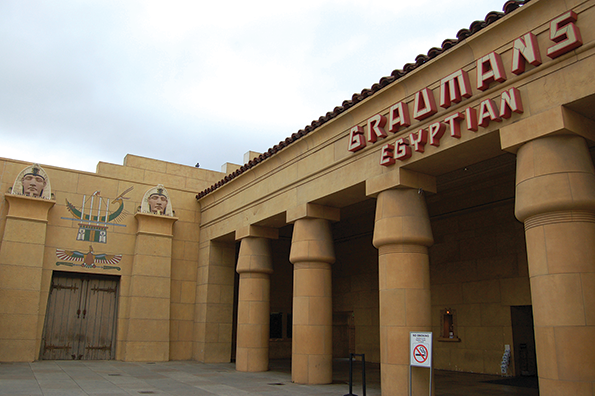 The Egyptian Theatre in Hollywood will be returned to its former glory.

The venue, which was purchased by Netflix last year, will undergo extensive renovations, including seismic retrofitting, according to Charuni Patibanda, president of the McOsker Group, a consulting firm representing Netflix.

On Dec. 28, Patibanda presented the preliminary plans for the “rewind rehab” to the Central Hollywood Neighborhood Council.

“It’s really one of the Hollywood gems that is in your district, and a lovely historic landmark,” Patibanda told the council.

As part of the renovations, Netflix will correct some of the changes that were made to the theater in the 1970s and 1990s, changes that were not reflective of the architecture of the building. Patibanda reiterated multiple times that the historic nature of the Egyptian Theatre, which was declared a historic-cultural monument in 1993, will not be impacted.

“The non historic [renovations] will be removed in order to restore the Egyptian to the way it looked back [when it opened] in 1922,” Patibanda said.

Patibanda added that the theater will undergo aesthetic and functional upgrades, including the installation of “state-of-the-art technology” to enhance the viewing experience and touches to add to the movie-going experience.

The lobby and concessions areas will replace the Spielberg Screening Room, a smaller theater with only 78 seats compared to 616 seats in the main theater.

Patibanda said the timing of the pandemic, which has closed most movie theaters across the country, allows for work to be done now without impacting the theater, which will continue to be operated by its former owner, American Cinematheque.

“We’d like to start construction soon so we can do these types of improvements before people can actually come back. That would be the optimal time to go dark as a theater,” Patibanda said. 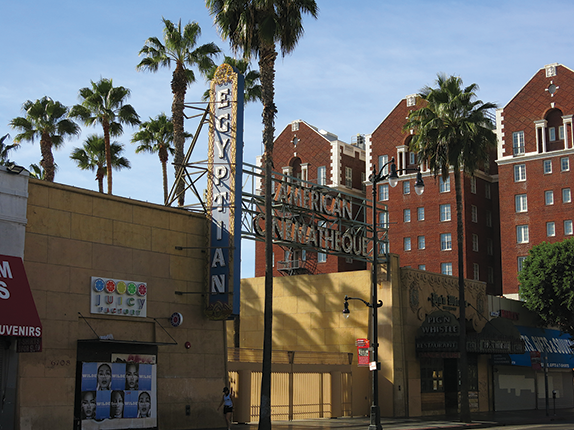 Councilman Mitch O’Farrell, 13th District, said he was excited that the Egyptian would be restored so it could take its place alongside the other two “very important movie palaces” of Sid Grauman on Hollywood Boulevard, the Chinese Theatre and El Capitan.

“To do as much of the restoration as they can as close to its 1922 original vision and construction is really good and it’s terrific,” O’Farrell said. “Even with the remodel done in the 1990s, after the theater had closed and fallen into disrepair, that remodel did not age well either … I think it’s going to all around be a wonderful improvement, and perhaps it will help restore its preeminence on the boulevard. It’s certainly deserving of that designation.”

O’Farrell also expressed support for Netflix’s plans to allow nitrate films to be shown at the Egyptian, as many early silent movies are still only able to be shown on nitrate, a medium that is becoming rarer and rarer in movie theaters.

“There are only a few theaters across the county that can show nitrate films, and the bulk of silent films have not yet been restored, so people are going to get a special window into seeing films that other places just aren’t going to have the ability to [show] on a screen that they were designed to be seen on. A whole new generation of silent film enthusiasts can enjoy these rare silent films,” O’Farrell said.

During the CHNC meeting, some council members requested Patibanda and Netflix look into providing community uses for the Egyptian Theatre once it reopens, and O’Farrell expressed his support for such events as well.

“It’s just a beloved space, and I would imagine having community days would be very well received,” O’Farrell said. “I’ve heard nothing from Netflix that would eliminate that as a possibility with their programming, so I look very forward to having those conversations with them. There’s no better way to give back than to invite the community, and the people of Hollywood, we really have placed higher value on these amazing movie palaces, the ones that are left, and so this gives us a chance to enjoy them in the way that they were designed to be used.”