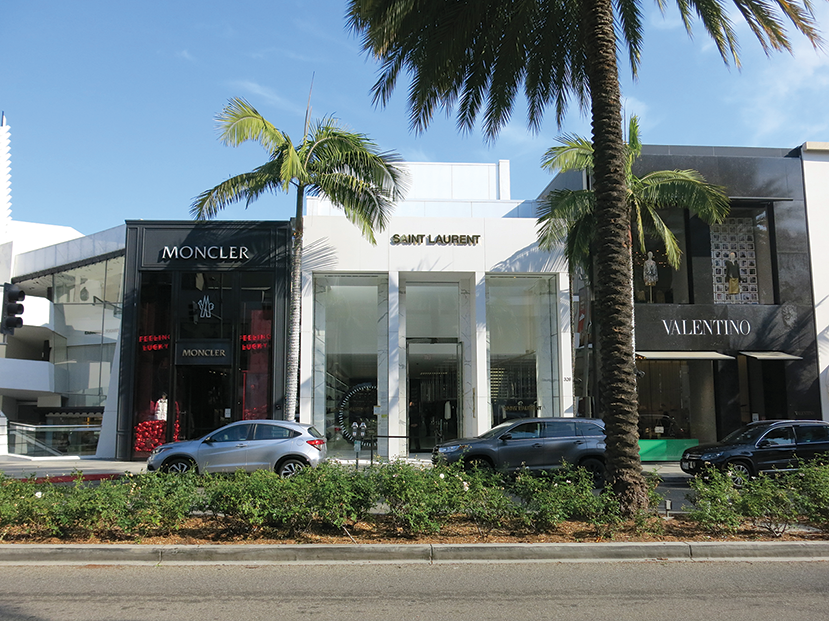 The suspects were allegedly part of a larger group of approximately 10 people that committed the robberies on Dec. 27 at the Yves Saint Laurent store and on Dec. 29 at Fendi. During both incidents, members of the group ran into the stores, quickly stole handbags and other merchandise and fled, BHPD Lt. Max Subin said. During one incident, pepper spray was used on a security guard and in the other, a security guard was shoved and fell to the ground, he added. Because they physically attacked the security guards, the suspects were booked for robbery, Subin said. Police plan to submit the case to the Los Angeles County District Attorney’s Office for consideration of formal charges.

Subin said police received descriptions of the vehicles allegedly involved in the second robbery and located one car matching the description a short time later. After stopping and arresting the four juveniles inside the vehicle, officers found merchandise allegedly taken from Fendi and during the robbery at the Yves Saint Lauren store two days earlier, Subin said.

Police are still seeking the other suspects and hope anyone with information will call (310)285-2125. To remain anonymous, text BEVHILLSPD followed by the tip information to 888777. Anonymous tips may also be made to Crime Stoppers by calling (800)222-8477, or visiting lacrimestoppers.org.

First responders get a boost with first shots of vaccines