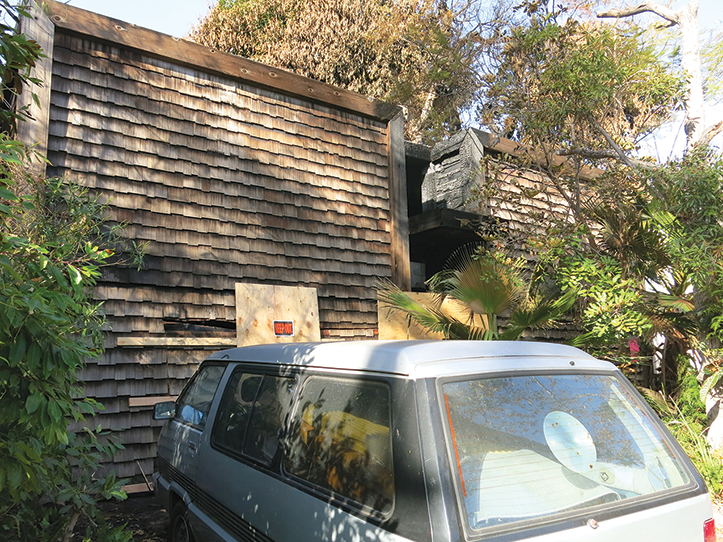 The Los Angeles Fire Department is investigating the cause of a blaze on Jan. 8 that damaged a home at 1723 N. Courtney Ave. in Hollywood. Authorities said “excessive storage” restricted their ability to quickly extinguish the flames.

Initial calls indicated the fire was in an apartment building and additional resources were sent to the scene. Firefighters arrived at 5:08 a.m. and found the flames burning at the front of a two-story, wood-sided home.

A large number of items around the exterior and inside the residence hampered efforts by firefighters, LAFD spokeswoman Margaret Stewart said. The blaze was extinguished at 6:48 a.m. and firefighters prevented neighboring buildings from sustaining damage.

Personnel stayed at the scene throughout the morning to ensure there were no pockets of flame smoldering inside walls or other areas. No injuries were reported.

Arson detectives were summoned to the site, and the cause remains under investigation.