Edery to provide a masterclass on performing 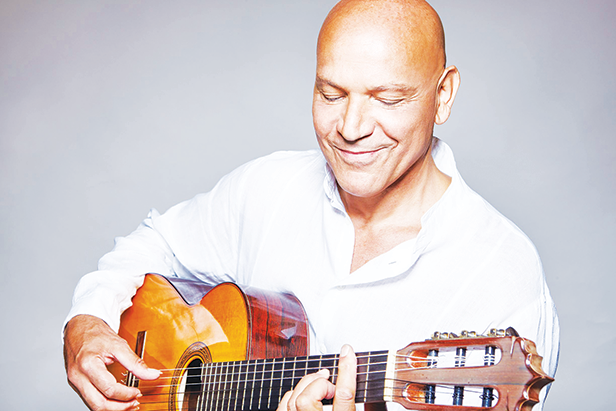 Gerard Edery will provide a masterclass on performing on Jan. 19. (photo courtesy of UCLA)

Edery is one of the world’s foremost experts in the wide-ranging music of the Sephardic diaspora, including repertoire from the Judeo-Arab, Judeo-Spanish, Argentinian, Middle-Eastern, Northern European and Eastern European musical traditions.

With more than 15 multilingual albums, he prizes musical authenticity and an appreciation for how disparate cultures overlap, parallel each other and often borrow from one another.

Not only does he regularly uncover and preserve songs, stories and melodies from Europe, the Middle East, South America and ancient Persia, Edery energizes these repertoires by interpreting them for contemporary audiences and by collaborating with highly acclaimed virtuoso musicians. His latest album, “The Best of Gerard Edery, Vol. 2: Sephardic and Latin American Songs,” features 19 noteworthy recordings from throughout his multi-decade career.

The Jewish Music Masterclass series invites audiences to engage with some of the biggest names in Jewish music. Artists will discuss their work and share their inspiration by reflecting on how the music may relate to their Jewish identity. All programs are free and offered through Zoom.

The remaining schedule for the current Jewish Music Masterclass series after Edery is Daniel Kahn on Feb. 16, David Krakauer on March 2, Julia Adolphe  on March 16 and Inna Faliks on April 20. All masterclasses begin at 5 p.m.

To sign up for the masterclass or for more information, visit schoolofmusic.ucla.edu/event/jewish-music-masterclass-featuring-gerard-edery.