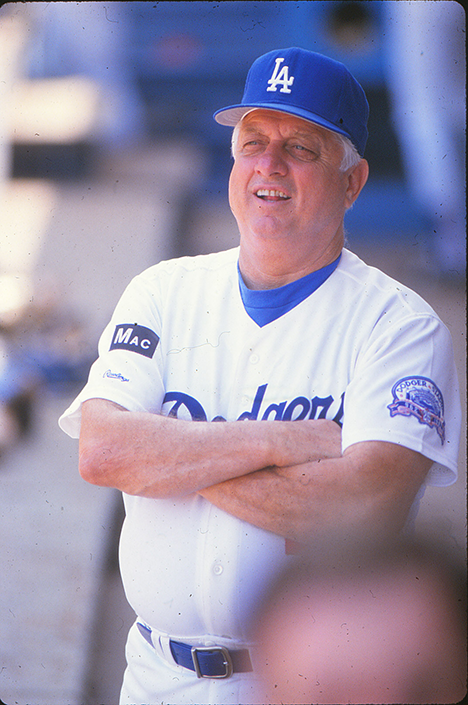 Hall of Fame Dodgers’ manager Tommy Lasorda, who spent seven decades in the Dodger organization and became one of the most memorable personalities in baseball history, died on Jan. 7, the team announced. He was 93.

Lasorda suffered a sudden cardiopulmonary arrest at his home at 10:09 p.m. He was transported to the hospital with resuscitation in progress. He was pronounced dead at 10:57 p.m.

Regarded by many as baseball’s most popular ambassador, Lasorda spent 71 seasons in the Dodger organization with Dodger Blue running through his veins. He spent the last 14 as special advisor to the chairman.

Lasorda’s wish to see another Dodgers World Championship was fulfilled last October, when he traveled to Arlington, Texas, to witness the Dodgers 3-1 victory over the Tampa Bay Rays in Game 6 of the World Series.

“My family, my partners and I were blessed to have spent a lot of time with Tommy,” said Mark Walter, Dodgers owner and chairman. “He was a great ambassador for the team and baseball, a mentor to players and coaches, he always had time for an autograph and a story for his many fans and he was a good friend. He will be dearly missed.”

“In a franchise that has celebrated such great legends of the game, no one who wore the uniform embodied the Dodger spirit as much as Tommy Lasorda,” Dodger President and CEO Stan Kasten said. “A tireless spokesman for baseball, his dedication to the sport and the team he loved was unmatched. He was a champion who at critical moments seemingly willed his teams to victory. The Dodgers and their fans will miss him terribly. Tommy is quite simply irreplaceable and unforgettable.”

“There are two things about Tommy I will always remember,” Hall of Fame former broadcaster Vin Scully said. “The first is his boundless enthusiasm. Tommy would get up in the morning full of beans and maintain that as long as he was with anybody else.

“The other was his determination,” Scully added. “He was a fellow with limited ability and he pushed himself to be a very good Triple-A pitcher. He never quite had that something extra that makes a major leaguer, but it wasn’t because he didn’t try. Those are some of the things: his competitive spirit, his determination and above all, this boundless energy and self-belief. His heart was bigger than his talent, and there were no foul lines for his enthusiasm.”

Lasorda is survived by his wife of 70 years, Jo, who he married on April 14, 1950; their daughter, Laura; and granddaughter, Emily Tess.