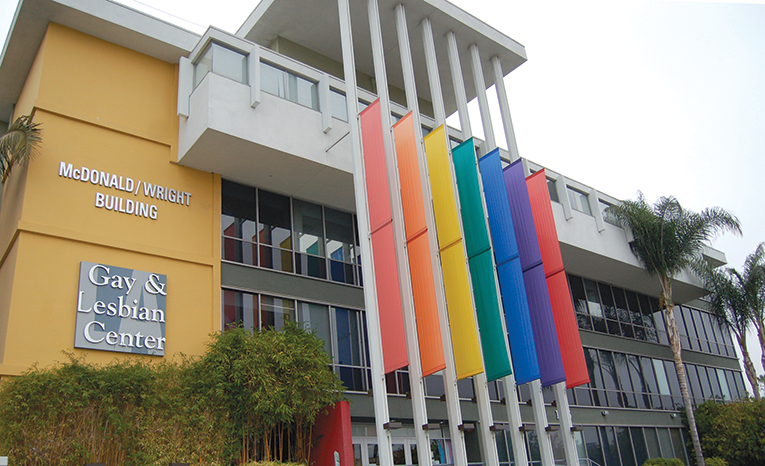 The Biden administration’s reversal of a ban on transgender people serving in the military was welcomed by the local LGBTQ community. (photo by Edwin Folven)

In response to President Joe Biden’s executive order on Jan. 25 reversing a ban on transgender people serving openly in the U.S. military, the Los Angeles LGBT Center applauded the news.

“In July 2017, this ban signaled the start of the Trump administration’s years-long efforts to legislate transgender Americans out of existence. President Biden’s action was a clear message from the commander in chief that bigotry and discrimination have no place in the U.S. military. Thanks to this decision, thousands of dedicated transgender service members are once again rightfully recognized for their service and sacrifice in defense of our freedom,” Los Angeles LGBT Center Director of Policy and Community Building Terra Russell-Slavin said in a statement.

“The ban underscored the fact that, without sweeping federal protections, discrimination against LGBTQ people remains unchecked in most states in our nation. Congress must act now to pass the Equality Act to enshrine equal protection as law under the Civil Rights Act.

Russell-Slavin added that more needs to be done for the LGBTQ community.

“While we celebrate, there is still vital work to be done to protect the dignity and lives of LGBTQ people,” Russell-Slavin said. “We call on elected officials at all levels of government and all people of conscience to join the fight for equality and justice for all.”

“Transgender service members deserve our respect and gratitude,” West Hollywood Mayor Lindsey Horvath said. “Instead, the Trump administration’s ban on military service for transgender people sowed division, hatred and intolerance. It was an insult to the dedicated service of our nation’s transgender service members and veterans. Anyone who is willing to put their life on the line for fellow Americans should be revered, not ostracized. President Biden has demonstrated that the previous ban was contrary to American values and I’m overjoyed to see this administration get to work in compassionately recognizing the contributions of transgender people and in ensuring that the rights of LGBTQ people are deeply embraced and quickly prioritized.”

For information, visit weho.org and lalgbtcenter.org.