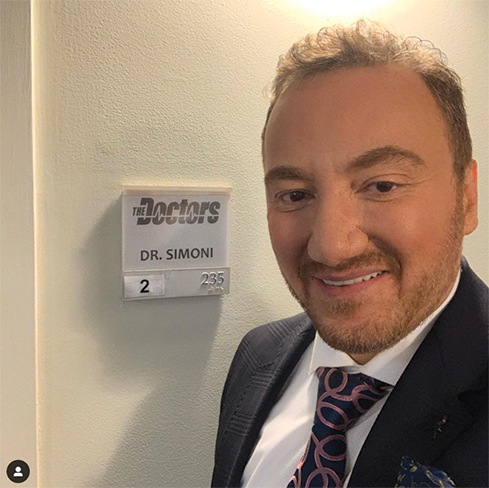 Beverly Hills is unlikely to halt elective cosmetic surgeries after the death of local plastic surgeon Payman Simoni from COVID-19, according to Mayor Lester Friedman.

“It’s obviously very distressing to hear of the passing of anyone because of the COVID-19 pandemic,” Friedman said, noting that there was an absence of definitive proof that Simoni had contracted the virus in the way it has been reported. “I just don’t see a reason that we would go beyond what the state and the county are doing.”

Multiple attempts to reach a representative at Simoni Plastic Surgery on 421 N. Rodeo Drive were unsuccessful and it remains unknown if others at his practice have since tested positive for the virus. Simoni, who appeared on “The Doctors” TV show, was mandated to abide by stringent COVID-19 safety protocols to operate during the pandemic.

“We made the decision earlier in the year to align with the state and county guidelines, which allowed for elective procedures … which included cosmetic surgery,” Friedman said. “We specifically did not recommend [cosmetic surgery], nor did the state or the county.”

According to a Los Angeles County Department of Public Health spokesperson, the state Health Officer Order prohibits all nonessential procedures.

“These orders apply to every county under a regional stay-at-home order,” the spokesperson said.

Friedman said that the city was challenged by not having the appropriate personnel to decide whether or not a medical procedure is necessary. The city, county and state all discourage purely cosmetic procedures, but do allow them. In voting 4-1 on April 28, 2020, to allow elective surgeries to resume in Beverly Hills, the City Council left the decision as to whether a procedure was necessary to doctors and patients. In passing that resolution, the city was among the nation’s first to reopen dental and medical practices for nonessential procedures following their cessation in March due to the pandemic.

“From my perspective, I think we still need to continue to abide by the state and county recommendations,” Friedman said.

He underscored that the state and county had originally prohibited elective surgeries – including colonoscopies and angioplasty – because of concerns that there was insufficient personal protective equipment available to the surgical centers.

According to City Councilman John Mirisch, the lone no vote nine months ago when the city opted to resume elective surgeries, it was only a matter of time before just such a tragedy occurred.

“Here we are relying on what the county said and, as a result, one of our doctors is dead,” he said.

Mirisch said he continues to feel that the council made a mistake in allowing cosmetic procedures to resume in the city.

“I just feel, as I said at the time, we should err on the side of caution. And as I said at that time, nobody needs Botox in the middle of a pandemic,” he said. “It’s a tragedy if someone had to die because of that. Lip fillers are not worth dying for.”