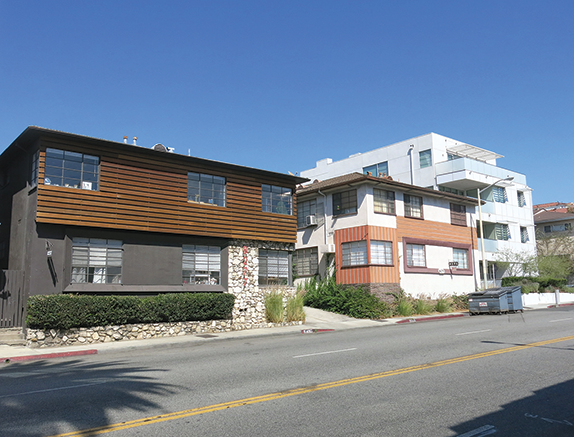 The Regional Housing Needs Assessment allotted nearly 4,000 units to be built in West Hollywood between 2021 and 2029. (photo by Cameron Kiszla)

West Hollywood will drop its appeal of the amount of housing the state is requiring to be built in the city before 2029.

However, after their reelection campaigns were unsuccessful in November, Duran and Heilman were replaced by Councilman John Erickson and Councilwoman Sepi Shyne, and the issue was reconsidered. On Dec. 7, a 3-2 vote decided that the city should drop its appeal, with Shyne and Meister dissenting.

Shyne directly referenced Heilman’s reasoning that West Hollywood, which far exceeded its allotment of 77 units in the current cycle – 2013 to 2021 – with more than 2,200 units produced thus far, was not being given credit for past success and was being unfairly punished alongside other Southern California cities that did not produce nearly as much housing. She also reiterated Heilman’s concerns that the requirement to build new housing might drive up rent prices and force some of the city’s current residents to move elsewhere.

“I think this is not about housing or anti-housing or anything like that,” Shyne said. “For me, this is really taking into account that we’ve done this appeal based on fairness, and even in this appeal, there’s talk about the potential for displacement of our residents and renters, which really concerns me … We need to take stands and be acknowledged for the work we’ve done.”

Meister, who said that continuing the appeal would only take an hour or two of staff time as they answered questions about the city’s housing, agreed with Shyne that “the appeal is not based on opposition to providing housing.”

Meister also argued against reconsidering past decisions of the City Council after new members are sworn in.

D’Amico, who argued in September that the appeal was “a big waste of our time” because the state does not punish cities who fail to meet their RHNA allocation numbers, reiterated that sentiment on Dec. 7, saying whether the appeal goes forward or not, the city “will develop the housing that comes to us.”

At Meister’s request, Senior Planner Rachel Dimond confirmed that the city could face some repercussions “under very, very specific circumstances.” If the city fails to meet its RNHA numbers, she said, some types of projects could be approved administratively instead of having to go through the “more arduous” process of the Planning Commission.

D’Amico also argued in favor of reconsidering the decisions of previous councils.

Mayor Lindsey Horvath joined D’Amico in reaffirming their earlier opposition to the appeal, and with Erickson, who did not comment beyond moving the approval of the item but who expressed support for rescinding the appeal during the campaign this fall, the decision to drop the appeal was confirmed.

“Spending time and resources on this effort, I didn’t support in the first place … We are a city that continues to build housing because we know it’s needed for our residents and our community. We’re not building it for the state; we’re building it for us,” Horvath said.