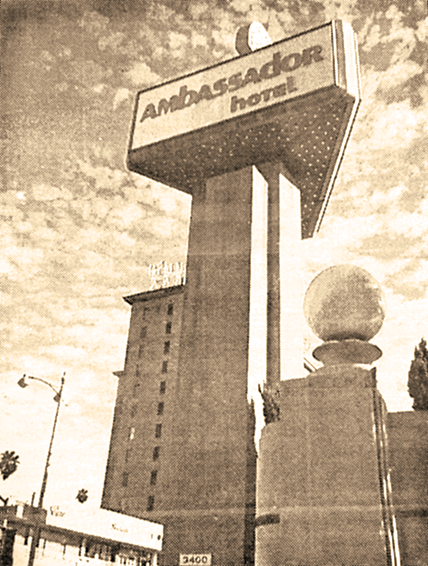 A photograph in the Dec., 18, 1997, issue of the Park Labrea and Beverly Press showed the former Ambassador Hotel site at 3400 Wilshire Blvd., which had been at the center of a lawsuit between the Los Angeles Unified School District and Trump Wilshire Associates, a company owned by Donald Trump at the time. The once-prestigious hotel, where presidential candidate and U.S. Sen. Robert F. Kennedy was assassinated in 1968, permanently closed in 1989. Trump Wilshire Associates purchased it that same year and planned to build a luxury hotel. However, the property remained vacant for years.

Trump Wilshire Associates had already withdrawn from the deal and argued that the district actually owed the company money because the value of the land had increased. A judge sided with the LAUSD and Trump Wilshire Associates appealed. In 1997, a final ruling was issued requiring the Trump-owned company to return $45 million to the LAUSD.  Trump Wilshire Associates was allowed to keep approximately $3 million for damages but later dropped plans for redeveloping the property. The district moved forward with building the Robert F. Kennedy Community School’s complex on the 24-acre site, which currently serves students in kindergarten through 12th grade.

The Wallis presents ‘Estella Scrooge’ for the holidays