The show must go on, even in a pandemic 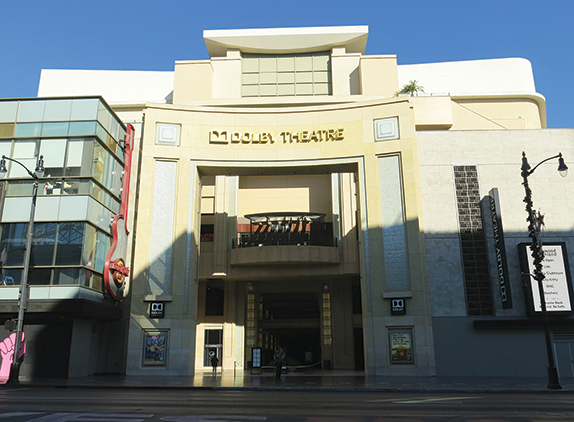 The Hollywood Chamber of Commerce virtually held its ninth annual Entertainment Industry Conference on Dec. 16, and like so much else in society, the event was driven by the twin themes of the year: the coronavirus pandemic and the push for social justice in the wake of the killing of George Floyd.

The event, which focused on “Succeeding in the New Normal,” featured panels on production during COVID-19 with multiple executives and television showrunners, and on diversity, equity and inclusion with people of color in showbusiness. The summit also featured conversations with producer, director and actress Eva Longoria and songwriter Diane Warren.

In the production panel, the participants came from a variety of backgrounds and worked on many different types of television shows, from “The Bachelor” franchise to the sitcom “The Conners” and the zombie drama “The Walking Dead.”

Some of the shows that were most impacted were those which typically include live audiences, such as “American Idol,” showrunner Trish Kinane said. “Idol” first used Zoom and other technologies to produce this season’s earliest audition episodes, Kinane said, then transitioned to in-person shows – now being held at the Dolby Theatre in Hollywood – using stringent safety protocols.

“We had to have some real tough Zoom meetings with [the contestants] … If you test positive, we’re not letting you on the plane and you’re not coming to be part of ‘American Idol.’ … Everybody needs to be safe and everybody needs to feel safe,” Kinane said.

Other programs, such as “The Conners,” have used their crew members as stand-in audience members, showrunner Bruce Helford said. While filming, the show’s editor marks down wherever the pared-down crew laughs, then adds in audience laughter that was recorded in previous seasons. With no audience and stringent on-set safety protocols, the show has limited the pandemic’s impact and production has continued, Helford said, but it comes at a cost.

“It’s six figures on every episode, easy, to keep everybody safe, but that’s the priority. There’s nothing more important than that,” Helford said.

Even shows that don’t feature an in-person audience, like “The Walking Dead,” are seeing a large share of their budgets go to personal protective equipment and other safety precautions, said showrunner Angela Kang, who added that the show has its own mobile laboratory for testing.

“[Testing] comes at a great expense. The cost of production has bloomed everywhere,” Kang said.

“We wrote these much smaller, more intimate episodes with not a lot of cast per episode,” Kang said.

Other shows, especially those set in the present, had to consider if they wanted the pandemic to be part of the story. Kevin Fortson, executive vice president of unscripted production at Warner Brothers Television, noted that “The Bachelor” franchise has rented out entire resorts and created a bubble similar to the ones used by the National Basketball Association and Major League Soccer this summer. Once inside the bubble, however, the shows have proceeded in as normal a way as possible.

“We haven’t tried to ignore [the pandemic]. It’s a reality, so you can’t really ignore it, and it affects the whole world, so everyone knows what’s going on. We’re not pretending that it’s not happening, but we’re not focusing on it. We’re not showing masks and giving visual references or really acknowledging that it’s happening,” Fortson said.

In contrast, “The Conners” aims “to really show what happens to a working-class family during” the pandemic, Helford said.

“On stage and in the story lines, we had to accommodate not having our actors be as close to each other, and we played that into the story. If they go into a business, then they’ve got to be 6 feet away and wearing a mask … We fully embraced the pandemic as a character, if you will,” Helford said.

Beyond the on-screen issues, the showrunners said they’ve had to navigate coronavirus-related issues behind the scenes.

“You have another job on top of your job, managing the physical and production demands of [COVID-19], but also the emotional demands [of the cast and crew],” said Courtney Lilly, executive producer of “Black-ish” and “Mixed-ish.”

Despite the challenges faced on many different levels, the showrunners each reiterated multiple times that their top priorities always concerned the health and safety of those working on their shows.

“It’s a constant thing that’s on your head … You’re thinking, ‘Oh please, do not come back with a positive COVID test’ … It’s that added thing, like running a show is not enough. [The stress of] that is added where you have to think about everything you have to navigate,” said Dee Harris-Lawrence, showrunner of “All Rise.”

Aside from the pandemic, 2020 has brought more focus to issues of social justice and race. A second panel and the interview with Longoria highlighted the work of many people in television, radio and film in promoting diversity, equity and inclusion.

The panel was led by Otto Padron, president and CEO of Maruelo Media, though actor, producer and director Eugenio Derbez, recipient of a star on the Hollywood Walk of Fame, drove much of the discussion.

Derbez, who is Mexican, used his own experiences of attempting to break into Hollywood while producers told him his ideas were “too Latin for the American audience” to talk about the importance of diversity.

“I always thought, ‘Wow, that sounds so arrogant.’ That means our stories are not as interesting as theirs. I knew they were wrong … The more diverse Hollywood is, the more audiences across the world can experience different cultures and lifestyles and become more open to the world around them,” Derbez said.

The actress, singer and radio personality Angelica Vale agreed with Derbez, adding that even among Latino populations, there is diversity.

“Sometimes they want us to sound a certain way, talk a certain way, and we don’t [all act the same] … We need to tell our stories too, and Hollywood has to pay more attention and work harder on that,” Vale said.

Bryhana Monegain, a host of “The Black Report” on FOX Soul and a radio host on Power 106, noted that she thinks progress was made in providing more opportunities for marginalized groups in 2020.

“This year has shown a lot and opened a lot of eyes that have not really paid attention to underprivileged communities, and maybe now is the time to recognize that and pay it forward for our youth,” Monegain said.

“People are more willing to look at marginalized communities and support them, because we have to do it together … As a country, we are a little more ready than we were last year. Maybe not ready, but a little more. It’s closer,” added Brooke Thomas, also a host of “The Black Report” on FOX Soul.

Marci Weister of KLOS 95.5 FM said she is “optimistic” about the progress made this year.

“It takes a lot of work, and it takes work on the inside, too … Overall, 2020, it’s very helpful in the big picture of things, and we’ll get there,” Weiser said.

Derbez said he believes the next step is for film studios to go beyond simply “checking a box” by including minorities in smaller, stereotypical roles.

“Hollywood needs to produce more films that have minorities in leading roles. These films need to represent what the world around us looks like, not just stereotypes,” Derbez said.

One person working to create these roles is Longoria, who spoke about the intersection between her entertainment career and her activism. In 2018, Longoria joined actress America Ferrara and Latina activists in forming She Se Puede, an online community for Latina women.

“We found there’s an incredible need for sisterhood and community, particularly with Latinas of all different backgrounds … We wanted to make a community that really tells them, ‘You are powerful, you are valued and you contribute to this great nation,’” Longoria said.

Now, in her roles as a producer and director, Longoria is using her show business success to pave the way for Latino stories – including “Flamin’ Hot,” the story of Richard Montañez, a janitor at Frito-Lay who invented Flamin’ Hot Cheetos – and Latino careers in Hollywood.

“Why not create the pipeline for Latinx people and women in front of and behind the camera? ‘Producing with purpose’ has been really my motto,” Longoria said.

By bringing in more diversity to Hollywood and producing more diverse content, Longoria said she hopes to change the culture to promote more tolerance and acceptance of marginalized groups. In the decade before same-sex marriage became legal, it was shows like “Will & Grace,” “The Rosie O’Donnell Show” and “Ellen” that paved the way for the acceptance of LGBT people, Longoria noted.

However, she said, the industry is still not doing enough. For example, “there aren’t enough female directors,” Longoria said, and she pushed for those in the entertainment industry to do more.

“We’re finally facing the right direction, but have we taken steps in the right direction? I don’t think so. It’s not enough … Unless there’s a mandate that you must hire people with different backgrounds and different perspectives, then it won’t happen,” Longoria said.