Steve Afriat mourned by many in local community 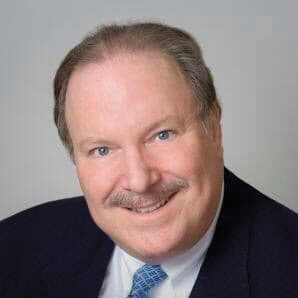 Steve Afriat, a longtime political consultant, lobbyist and advocate well known for his work in West Hollywood and Los Angeles, died on Dec. 28 at the age of 68.

“He was a close friend for more than 40 years,” Yaroslavsky tweeted. “Steve was my chief of staff in the early ‘80s, the first openly gay man to hold such a post at Los Angeles City Hall. An effective advocate, he maintained his humanity through it all. RIP, Steve.”

Afriat was also well known in the local LGBTQ and Jewish communities, and was a strong advocate of Democratic causes. Duran credited him with being a person he turned to for “resolve and uplifting.”

“He was my friend and advisor for 30 years,” Duran said in a statement posted on Facebook. “He helped start the first AIDS Walk here in Los Angeles in the early ‘80s. He was at the heart of Los Angeles politics for decades representing his LGBT community and Jewish community. He was deeply involved in Democratic politics and somebody that most elected officials and candidates turned to for advice.”

“Deeply saddened to hear of the passing of a friend and mentor: Steve Afriat,” Assemblyman Richard Bloom (D-Santa Monica) tweeted. “A man who loved to gab, Steve was at once smart, well informed, strategic and most of all, as kind and gentle a human being I will ever know.”

Afriat was involved with incorporation of West Hollywood in 1984, as well as many notable projects in the city during the following years. He was a consultant for Charles S. Cohen, president of Cohen Brother Realty Corporation and owner of the Pacific Design Center.

“The Afriat Consulting Group has been a critical part of my team since I purchased the Pacific Design Center in 1999. Thanks to them, I received approvals for extensive renovations and for a new 400,000 square-foot office building, both expeditiously and with broad political and community support,” Cohen said. “They continue to be part of my inner circle.”

“My heart goes out to [Afriat’s] husband Curtis. They were married for 30 years,” Duran added. “And to all of those who loved him, God bless you Steve and all your wisdom. You will never be forgotten.”