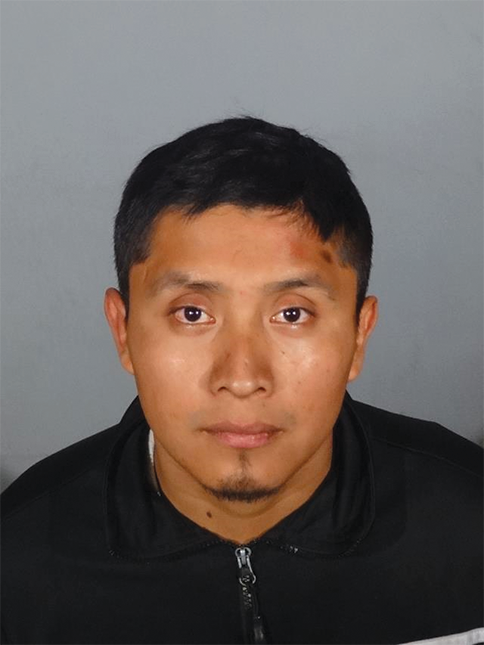 Ronald Waldamar Jo-Jlux, known as Ronald Lux, is wanted in connection with the fatal hit-and-run collision. (photo courtesy of the LAPD)

Detectives have released photographs and information about a man thought to be involved in a hit-and-run collision on Nov. 23 that claimed the life of a 50-year-old woman.

The victim – Kuen Chu Ham – was crossing Miramar Street at Union Avenue at approximately 5:55 a.m. on Nov. 30 when she was struck by a vehicle turning left onto Miramar Street. The vehicle dragged the victim for 15 feet before she was dislodged and the vehicle drove away, police said. The victim was taken to a hospital, where she later died.

Detective Juan Campos, of the Los Angeles Police Department’s Central Traffic Division, said investigators found security camera footage that showed the vehicle – a tan or gold 2003-08 Toyota Corolla. They also determined the car is owned by Ronald Waldamar Jo-Jlux, 26, who also goes by the name Ronald Lux. Campos said Jo-Jlux is believed to be homeless and living in his vehicle. A $50,000 reward has been offered for information leading to an arrest and conviction in the case.

“I have no idea where he is,” Campos said. “He could be anywhere. He could have even gone back to Guatemala. We just don’t know.”

Campos could not release some details of the case because it is an ongoing investigation. The detective said there was no footage of the collision so he is not certain Jo-Jlux was behind the wheel. However, evidence shows he was likely involved, Campos added. He is also hoping to speak to another person who may have been in the vehicle.

Campos said a security camera captured footage of the vehicle parked in the neighborhood in the hours before the collision occurred, with two men inside. At 3:45 a.m., and again between 5 and 5:30 a.m., a man exited the passenger side of the Toyota and purchased items from a food vendor, Campos said.

“The video shows the person who got out and bought the food from the vendor right before they drove off and the collision occurred,” Campos said. “We are trying to locate him and the last person to have driven the vehicle.”

One dead and another injured in Melrose shooting