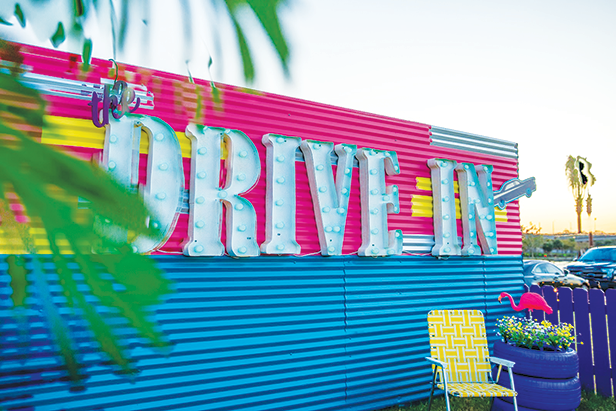 Masters of the open-air cinema experience, Rooftop Cinema Club will continue to offer entertainment in the new year. RCC recently announced its January lineup at the Drive-In at Santa Monica Airport. The curated lineup for the new year spans across several genres and features modern releases, classic films, fan favorites, family-friendly flicks and a variety of exciting theme nights.

The lineup features everything from award-winning blockbusters and celebrated animated movies like “Ratatouille” and “Coco,” to films with memorable movie scores and outstanding technical effects like “Jurassic Park” and “Back to the Future.”

In addition to award season favorites, RCC will showcase the Disney renaissance of animated films from the 1980s and 1990s, including the awe-inspiring African Serengeti of “The Lion King” and magical world of “Aladdin.” Attendees can also enjoy the gorgeous underwater realm of “The Little Mermaid” and the charming French countryside of “Beauty and the Beast.”

RCC will celebrate the classics of cinema with “Grease,” “Breakfast at Tiffany’s,” “Sunset Blvd.” and “Casablanca.”

There will be horror classics every Saturday with films including “Return of the Living Dead,” John Carpenter’s psychological masterpiece “The Thing,” the one-of-a-kind cult classic “Killer Klowns From Outer Space” and the disturbing slasher film “The Texas Chainsaw Massacre.”

Since launching its first drive-in back in May, RCC has hosted weekly community screenings where all ticket proceeds go to charity. To date, RCC has raised more than $50,000 for charities across the five cities where RCC drive-in cinemas are present (L.A., Houston, San Antonio, Dallas and Tampa), fundraising for a variety of organizations that alleviate hunger, support victims of domestic violence and fight for racial justice.

In general, tickets range from $32-48 per vehicle and are priced based on occupancy and day of week. Children 8 years old and under do not count as vehicle occupants. Parking spots are first-come-first-serve and will be assigned by ushers upon arrival. Total capacity for each screening is 200 cars.