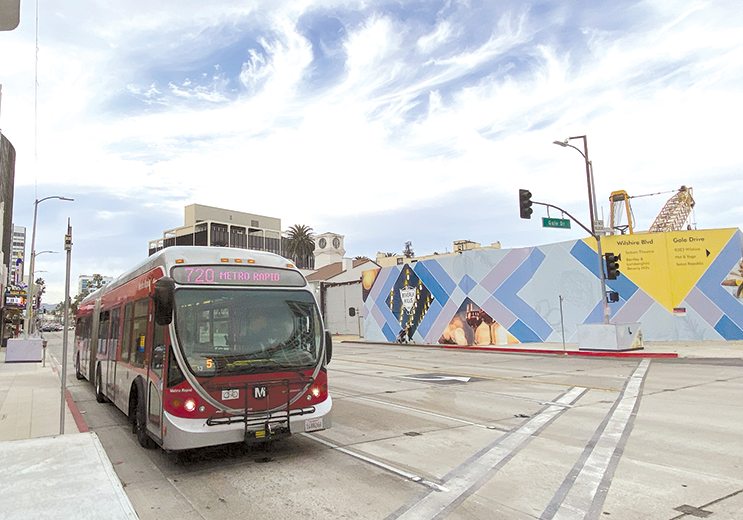 More frequent service will be provided on many lines under the upcoming changes, including the 720 Rapid Line along Wilshire Boulevard. (photo by Edwin Folven)

As part of this round of service changes, Metro is also adding trips to busier lines to help with physical distancing. No changes are occurring to Metro Rail.

Metro’s transit app indicates marked routes that are changing, being discontinued or receiving additional service. The app has a preview mode showing the service changes. To use it, tap “settings” (gear icon, top left corner), then tap the middle slider icon at the top of the screen. Under “Bus,” turn off “Metro” and turn on “Metro (starts Dec 13).” Then tap “Done.” The new setting will show the bus network starting Dec. 13.

For information and a full list of route changes, visit thesource.metro.net and metro.net.