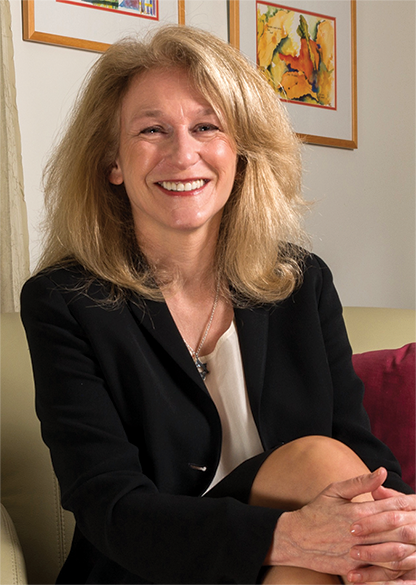 Lauren Meister (photo courtesy of the city of West Hollywood)

The city of West Hollywood has sworn-in Lauren Meister as the city’s mayor pro tempore. She took an oath of office during the regular meeting of the City Council on Dec. 21.

Meister was unanimously selected by the City Council at its regular meeting on Dec. 7 following the installation of two new council members: Councilwoman Sepi Shyne and Councilman John Erickson, who secured victory in the Nov. 3 election.

After nearly two decades as a neighborhood advocate, Meister was elected to the City Council on March 3, 2015. Meister became involved with the city as a neighborhood watch captain, took the LASD Community Emergency Response Team training, and attended the West Hollywood Sheriff’s Community Academy. She went on to lead the largest neighborhood association in the city, representing residents on issues such as public safety, traffic circulation, parking and development.

Prior to her election, Meister served on numerous commissions and committees for West Hollywood, including the Planning Commission and Public Safety Commission. She worked to mitigate traffic and parking impacts of new and proposed projects in the city, supported creative parking solutions to help neighborhood businesses, initiated the city’s “Live, Work, Play, Be Safe” educational campaign, and supported new ideas to increase pedestrian and bicycle safety. She also worked on campaign finance reform and has been a strong advocate for a stricter code of ethics.

Since being elected, Meister has worked on initiatives to strengthen the Rent Stabilization Ordinance, develop more neighborhood-friendly planning and land use policies, provide social services for people who are homeless, create a Small Business Task Force, establish West Hollywood as a safe haven for LGBTQ asylum seekers, increase community engagement and transparency, implement a public access defibrillation program, educate the public on safety issues related to children and pets, embrace and promote historic resources, and raise the bar on design standards, environmental programs and sustainability.

Among Meister’s priorities are initiating and supporting policies to save the city’s affordable housing stock and local businesses serving the neighborhood. She is also prioritizing public safety and social services to reflect the needs of the community, preserving the city’s rich history and unique character, protecting parks and green space, and advocating for fair parking policies.

A resident of West Hollywood for more than 25 years, Meister has been both a renter and a homeowner in the city. Meister’s parents, sister and rescue dogs, Suki and Sammy, also call West Hollywood home.