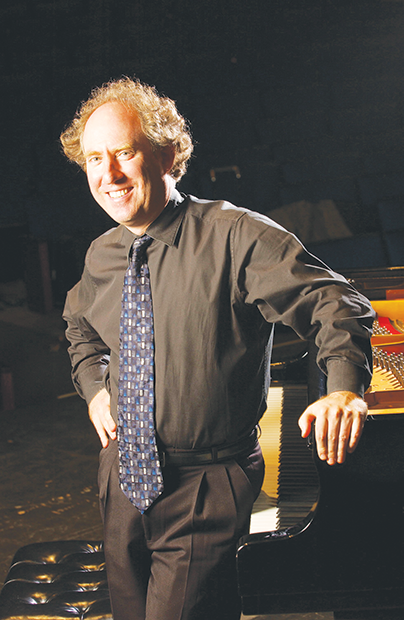 Although the Brandenburg Concerto No. 5’s keyboard part is typically played on harpsichord, Kahane chose the fortepiano as his “ideal instrument” to perform the work. Predecessor of the modern piano, the fortepiano was developed by Italian harpsichord maker Bortolomeo Christofori in the early 18th century. Although it resembles a harpsichord in appearance, its inner workings could not be more different, given that its strings are struck by hammers.

“As we perform Bach’s magnificent ‘Brandenburg 5,’ it is a joy to again share the stage with Jeffrey Kahane, the brilliant pianist and my predecessor who was the longest serving music director in LACO’s history,” Martín said.

A new painting by Iranian American artist Ardeshir Tabrizi made especially for this LACO: Close Quarters will also be shown.

“Viewers will have an exclusive, unique look as, inspired by the music, he creates this piece to the performance of the Bach ‘Brandenburg,’” Darrah said.  “Made of silk thread, cotton floss and pearlescent acrylic ink on canvas, it is among the most outstanding of his multi-layered works and adds a rich texture to the program.”

Thanks to the generosity of individual donors, the program is available to the public at no cost and can be streamed at laco.org/laco-at-home, and on LACO’s YouTube channel and Facebook live. Subsequent LACO Close Quarters episodes premiere on Fridays biweekly.

While there is no cost to stream the programs, donations are requested.

For more information or to watch, visit laco.org/laco-at-home.

Zilber to speak on memoir at Holocaust Museum LA