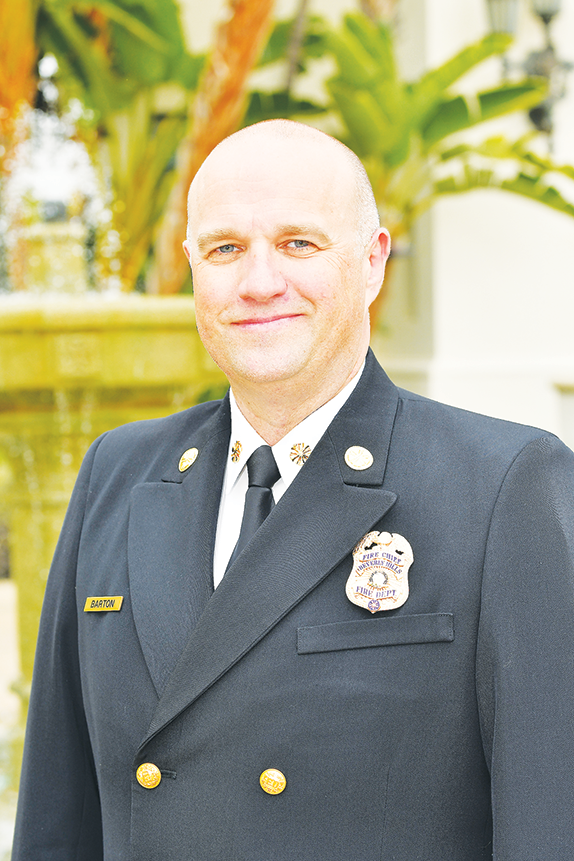 “Just in Case BH brings residents, businesses and all city services together by seamlessly assisting each other before, during and after emergencies through disaster preparedness, organizational leadership and communication,” Barton said. “It’s very similar to neighborhood watch … but now we’re taking it to another level with disaster preparedness.”

At its core, Just in Case will be critical during a large-scale emergency. As the police and fire departments tackle broader issues, city officials predict that individuals could be on their own for 24 to 72 hours. Just in Case BH, with its collaborative volunteer and communication structure, is intended to provide residents and businesses with a way to be proactive in their own safety. As part of the program, participants will receive emergency preparedness training in addition to learning crime prevention while augmenting communication networks for disseminating accurate information.

Logistically, the city has been divided into nine geographic districts, Barton described. Within those sections are four-block zones, to be headed by neighborhood coordinators, which then breaks down further to individual blocks (depending on the area of the city) with block captains.

Meetings have already begun, with more to be held in the coming weeks. Barton said the city will also produce a manual dedicated to emergency preparedness that will be distributed to all of the city’s 17,000 residences, in addition to being available online, which he anticipated would be ready in early 2021.

Vera Markowitz, who has been spearheading the resident contingent, highlighted the distinction between neighborhood watch and Just in Case.

“If your house is burning, you call 911. If someone’s breaking into your house, you call 911,” she said. “This is for citywide disasters. This is for a pandemic. It’s for a major fire. It’s for an earthquake. All of those things that involve the entire city because … for the first two days, police and fire will not be able to get to anyone in the city … and they need the residents to be much more self-reliant.”

Once fully functional, she added, “people will feel they know where to go and have people to rely on.”

To make every area self-reliant, Barton said the city is looking for volunteers, particularly doctors.

Resident Pamela Beck, who started the Beverly Hills Flats Neighborhood Watch three years ago and is now working with the city to expand Just in Case, said she knows firsthand the power of a neighborhood group. After starting one with just her block, Beck said today the flats have roughly 900 members in the neighborhood watch, with 90 block captains.

“We’ve connected the flats in a way that it hadn’t been connected before,” she said. “Especially in a time like now where we’ve had COVID and we’ve had civil unrest, it’s been so reassuring to have a community, rather than just a bunch of houses.”

“I think most people want to be helpful and this way they can be helpful,” Beck added.

Councilwoman Lili Bosse underscored how Just in Case provides a meaningful opportunity for neighbors to know each other, in addition to actually being able to help each other in case of an emergency.

“One thing that this past year has taught us is that we need to be prepared for the unexpected,” she said. “I think the Just in Case program has given all of us something positive.”

“We want to be the most prepared city for anything and everything that could happen,” she added.

“I think it’s a great idea and process of communication with the whole community, so not just residents, but also businesses and even people that work [in Beverly Hills] and may not live there,” he said. “I think what COVID has taught us [is] as a country, our communication wasn’t nearly what it could have been or should have been.”

As the program evolves, Johnson said that he would help spearhead the business community’s involvement.

“We’ll have a better way of keeping everyone in the loop if there’s a disaster,” he said. “[The ‘Big One’] is going to come, it’s just a matter of when and how prepared are we.”

“We are one community and we’re shooting for one goal – to be the safest city we can,” Barton said. “Beverly Hills is a small town and it’s all of us working together.”