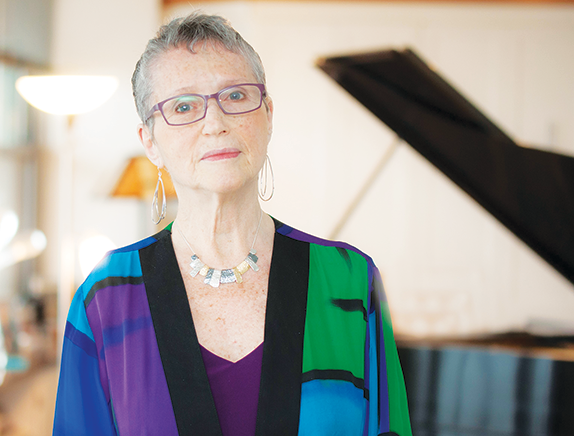 Award-winning Israeli-American composer Shulamit Ran will take the mantle at the upcoming virtual Jewish Music Masterclass on Tuesday, Jan. 5. The series, which invites audiences to engage with some of the biggest names in Jewish music, is presented by the Lowell Milken Center for Music of American Jewish Experience at the UCLA Herb Alpert School of Music.

In teaching the class, artists will discuss their work and share their inspiration by reflecting on how the music may relate to their Jewish identity. All programs are free and will be offered through Zoom.

Ran was born in Tel Aviv and began composing songs to Hebrew poetry at the age of 7. By 9, she was studying composition and piano with some of Israel’s most noted musicians, and at the age of 14 Ran received a scholarship to attend the Mannes School of Music in New York. At that time, her focus was set equally on composition and piano performance, and she acquired an outstanding reputation as a brilliant pianist on concert stages in North America, Europe, Israel and Argentina. Soon after, she devoted herself entirely to composition, and her music has since been played by leading performing organizations throughout the world including the Israel Philharmonic and the New York Philharmonic.

“Shulamit Ran has never forgotten that a vital essence of composition is communication,” Chicago Tribune critic John von Rhein wrote following the world premiere of her work “Legends” by the Chicago Symphony Orchestra.

Other upcoming masterclasses include Gerard Edery on Jan. 19, David Krakauer on March 2 and Julia Adolphe on March 16.