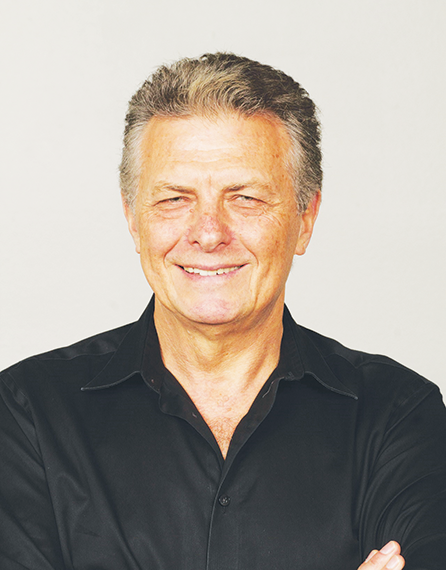 Meir Fenigstein will be honored with the festival’s lifetime achievement award. (photo courtesy of the Israel Film Festival)

The 34th Israel Film Festival in Los Angeles, the largest showcase of Israeli cinema in North America, will be presented exclusively online from Dec. 13 to 17. The opening night film will be “Asia,” winner of nine Ophir Awards including Best Film, Best Director for Ruthy Pribar and Best Supporting Actress for Shira Hass, who was nominated for an Emmy Award for her role in Netflix’s “Unorthodox.”

“Asia” has also been chosen as Israel’s official selection for the international film category at the 2021 Academy Awards. This year’s festival edition will allow audiences to virtually discover the very best of new Israeli cinema and rediscover old gems, including award-winning features, documentaries, past Ophir Award winners as well as Q&As from leading filmmakers and talent from the films.

The Board of Directors of the festival has selected one of its members to receive the 2020 IFF Lifetime Achievement Award: Meir Fenigstein, founder and executive director of the Israel Film Festival.

A highly respected member of the Israeli film community (known under his stage name Poogy, the drummer of the Israeli musical rock band Kaveret/Poogy), Fenigstein’s vision and dedication led to the creation of the festival.

“As the world faces enormous disruption and loss, we are humbled at the opportunity to bring the simple pleasure of films and entertainment into people’s lives,” Fenigstein said. “While theaters are closed, the movies of this year’s Israel Film Festival offer audiences watching at home a chance to escape for a brief time into the wonders of great storytelling and captivating characters, and to recapture some past favorites.”

To coincide with Fenigstein’s honor of receiving the IFF Lifetime Achievement Award and his 70th birthday, a special showing of the Kaveret/Poogy reunion concert film, shot in 2013 at two sold-out performances in Tel Aviv’s Hayarkon Park with over 100,000 concert goers in attendance, will be screened at the opening night event on Dec. 13.

“Sublet,” directed and co-written by Eytan Fox, will have the festival centerpiece position.

“Laila in Haifa,” Amos Gitai’s latest feature film which premiered at the 2020 Venice Film Festival in the Official Competition, will close the festival with a special screening followed by a Q&A with Mr. Gitai, hosted by Richard Peña, former program director of the Film Society of Lincoln Center in New York.

The festival will also honor beloved actor, producer, director and prankster Yehuda Barkan, who passed away in October at age 75 from complications of COVID-19.

The festival will include a screening of Barkan’s last acting role in “Love in Suspenders,” a romantic comedy that shows that love comes in many ages. Barkan was a stalwart of classic Israeli comedy films and a master of practical jokes whose penchant for prank calls helped establish his career 55 years ago.

Project Angel Food gives many a reason to be thankful