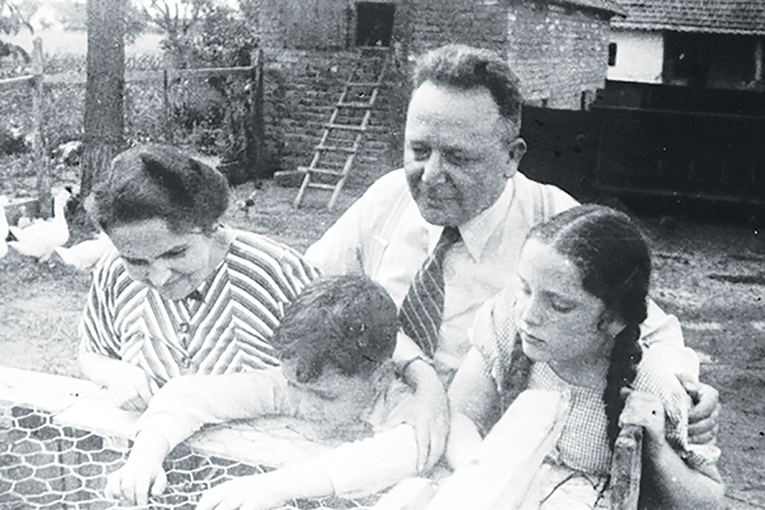 The Fenves family at their vineyard in what was then Subotica, Yugoslavia, circa 1935-38. (photo courtesy of Steven J. Fenves/U.S. Holocaust Memorial Museum)

In celebration of the holidays, the U.S. Holocaust Memorial Museum will be presenting a talk on family recipes rescued during the Holocaust and the heroic actions that saved those family treasures. The discussion, which is available on the museum’s Facebook page, is part of the museum’s innovative Stay Connected series, which last month won a Shorty Social Good Award.

Join Steven Fenves, a Holocaust survivor and museum volunteer, and James Beard Award-winning Chef Alon Shaya for a conversation about family recipes and their connections to childhood memories and Holocaust history.

In 1944, 12-year-old Fenves and his family were forced from their home in Subotica, Yugoslavia, into a Jewish ghetto. While neighbors turned against them and looted their home, their former cook, Maris, rescued their treasured family artwork and recipes. These cherished items offer a glimpse into his family’s life before it was shattered by the Holocaust.

Shaya, the James Beard Award-winning owner of Saba restaurant in New Orleans and Safta in Denver, helped make the recipes available after discovering the book in the museum’s collection. When Shaya discovered that Fenves volunteers at the museum, he reached out to him. Fenves translated 13 from more than 140 recipes, including one for a walnut cream cake, so the chef could adapt them for today’s cooks.

“As a chef … I want to cook food that has meaning and stories to it. I think that adds to what I love so much about food,” Shaya said.

Fenves also describes how the Holocaust affected him and his family from the time Hungary occupied Yugoslavia in 1941, when he was 10 years old, to surviving imprisonment at Auschwitz-Birkenau and Buchenwald before liberation in 1945.