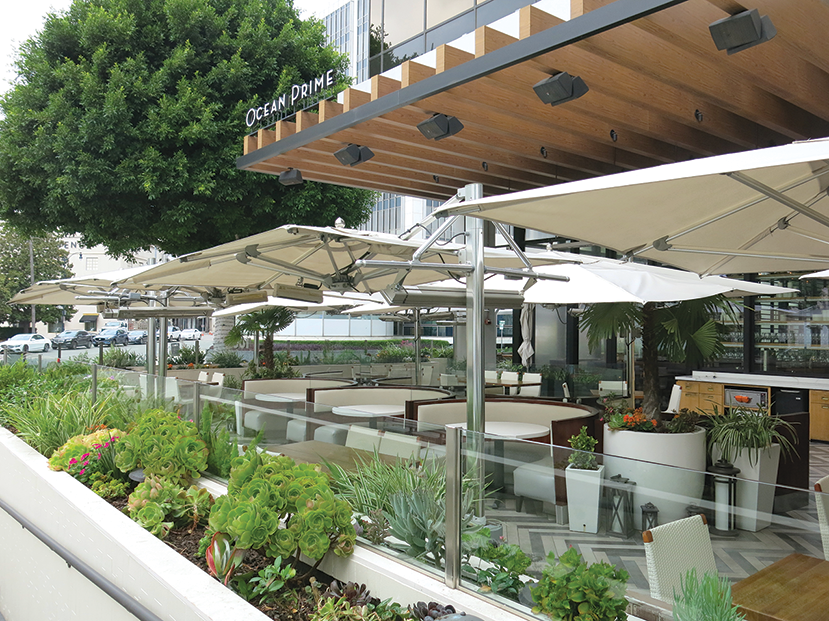 Outdoor dining is prohibited in Beverly Hills and in all parts of Los Angeles County except Pasadena, which has its own health department. (photo by Cameron Kiszla)

The Beverly Hills City Council is pushing back against county restrictions that prohibit outdoor dining at restaurants and may consider creating a new health department, separate from the Los Angeles County Department of Public Health, to regain more local control.

In a unanimous vote on Dec. 1, the council took several actions in response to the Los Angeles County Board of Supervisors’ Nov. 24 vote to uphold the Department of Public Health’s outdoor dining prohibition, which came amid rising COVID-19 cases locally and nationally.

The Beverly Hills City Council members unanimously decried the county’s decision as too harmful to businesses and said the county lacked data or evidence that proved that outdoor dining was contributing to the spread of coronavirus. Without such data – and especially data showing that outbreaks were tied to outdoor dining in Beverly Hills – the council wants to see the prohibition on outdoor dine-in service lifted.

“In this instance, there are a variety of aspects to the L.A. County order that do not appear to be [reasonable and fact-based] … We have not seen the evidence that would justify the increased restrictions on restaurants,” Vice Mayor Robert Wunderlich said.

Several council members proposed that the restrictions might actually make the spread of the virus worse, as it would drive social activity indoors, where the virus is believed to spread more easily.

“It is absolutely going to cause people to gather indoors, have their meals indoors, and do the opposite of what we want them to do,” Bosse said.

Bosse also proposed that the council, which cannot repeal the order, instead support local restaurants if they choose to defy the order, though other council members were reticent to encourage lawbreaking.

“I would be a little bit wary to tell the restaurants to defy the county, because if there are penalties they’ll have to pay, I certainly would not want to be liable for that,” Councilman John Mirisch said.

City Attorney Laurence Wiener added that, while the city might support those restaurants, it could not protect them from repercussions at the county or state level.

“I would not want to encourage restaurants to take this step unless they very much knew what they were getting into … The risk is not to the city; the risk is to the restaurants,” Wiener said.

Additionally, the council plans to lobby for change before the supervisors meet again on Dec. 8. The swing vote, former Supervisor Mark Ridley-Thomas, 2nd District, will be replaced by Supervisor-elect Holly Mitchell before that meeting, making possible a reversal of the board’s 3-2 vote. The council also will lobby Supervisor Sheila Kuehl, 3rd District, who represents Beverly Hills and who voted to uphold the outdoor dining ban.

“I think it is imperative that this council do everything in its power to pressure the county … to reverse this,” Councilman Julian Gold said. 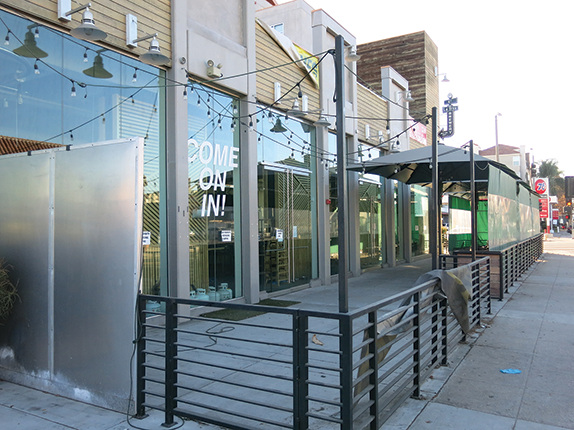 Restaurants, bars and wineries in Los Angeles County have had to pause outdoor dining, even after investing in umbrellas, tents and other equipment to attract customers. (photo by Cameron Kiszla)

While the idea had support from several council members, including Gold and Bosse, Mirisch expressed some concern with creating a new health department from scratch.

“I would want us to be very careful before we add more bureaucracy and avoid a knee-jerk reaction,” Mirisch said.

The idea will be researched with unanimous approval after Mayor Lester Friedman allayed some of Mirisch’s fears by pointing out that this would just be the first step of the process.

Beverly Hills will also consider suing the county to have the restriction lifted. While a similar lawsuit from the California Restaurant Association failed and the city’s lawsuit will likely appear before the same judge, the council members said they supported using a peremptory challenge to secure a new judge in Los Angeles Superior Court. The city will also seek to join other local governments in filing the lawsuit.

“I would like to see if there are other cities that want to join us, because there’s power in numbers, but if there aren’t, we can do it alone,” Bosse said.

“My preference would be to have more than just us be the moving party,” Friedman added.

The city will also hold another meeting of its Medical Advisory Task Force, which includes members such as Dr. Jonathan Fielding, former head of the Los Angeles County Department of Public Health and namesake of the Fielding School of Public Health at UCLA. Mirisch said the city could convene the task force and “use their comments not only to combat the department of health, but also to guide our own policies.”

“The ultimate thing we can do to help our restaurants and our businesses is to make sure the disease is controlled, and we have to keep that in mind as well,” Mirisch said.