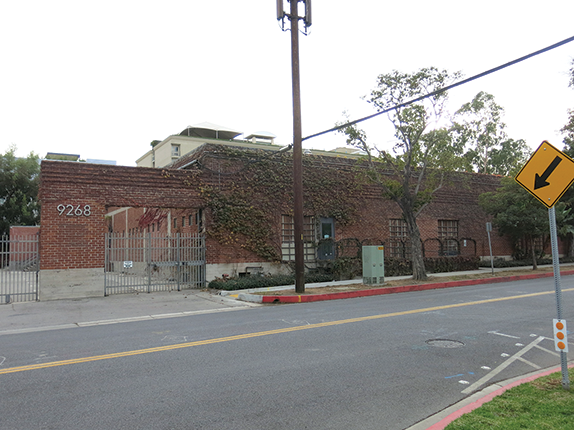 The city of Beverly Hills plans to develop an affordable housing project a few blocks east of the Golden Triangle. (photo by Cameron Kiszla)

The Beverly Hills City Council supported expanding the footprint of a potential affordable housing project at the southeast corner of West Third Street and Foothill Road at its study session meeting on Dec. 8.

City staff worked with consultant Keyser Marston Associates to evaluate potential affordable housing projects at city-owned properties at 9268 and 9298 W. Third St. The per unit construction cost would range from $131,000 to $218,000 and the project could include up to 300 units.

In considering whether to create a housing project that would include market rate apartments, the council was united that the development should be entirely affordable. The project is years away from potentially opening and rent prices have yet to be determined. Affordable housing is generally considered to be 30% of a tenant’s monthly earnings.

“I agree, as everyone else does, that it should be total affordable housing, not market-rate housing,” Mayor Lester Friedman said, adding that the city needed to have a robust public engagement process as soon as possible. “We want to know what the public thinks before we get too far down the road.”

The council recommended moving forward with the RFP process and necessary zoning changes. Both parcels fall into the public service zone, which prohibits residential uses.

The state’s Regional Housing Needs Assessment mandates that 3,100 new units be built in Beverly Hills by 2029 – a large portion of which must be affordable units.

He said the project would be “perfect” for seniors looking to stay in the community and age in place.

Policy and Management Analyst Logan Phillippo said that based on council input in 2019, the city had planned to release a draft proposal for a project at 9298 W. Third St. in March but delayed doing so due to the coronavirus pandemic. Since then, the adjacent property became vacant after the former tenant did not renew the lease, giving the city an opportunity to expand the project from approximately 12,000 square feet to 60,000 square feet.

Using only the 9298 W. Third St. property, the city could develop a 60-unit project and potentially make approximately $95,000 per month by leasing the building at 9268 W. Third St., according to the staff report. The council also expressed support in having staff develop an RFP that would look at a phased approach so that the city would not have to invest as much funding in a large-scale project or seek a voter-approved bond.

Councilman Julian Gold said that he supported the project, but was more comfortable spending $20 million rather than investing $60 million and further encumbering the city.

“We’re not doing this because we want to be landlords of market-rate units. The purpose of doing this affordable housing,” he said.