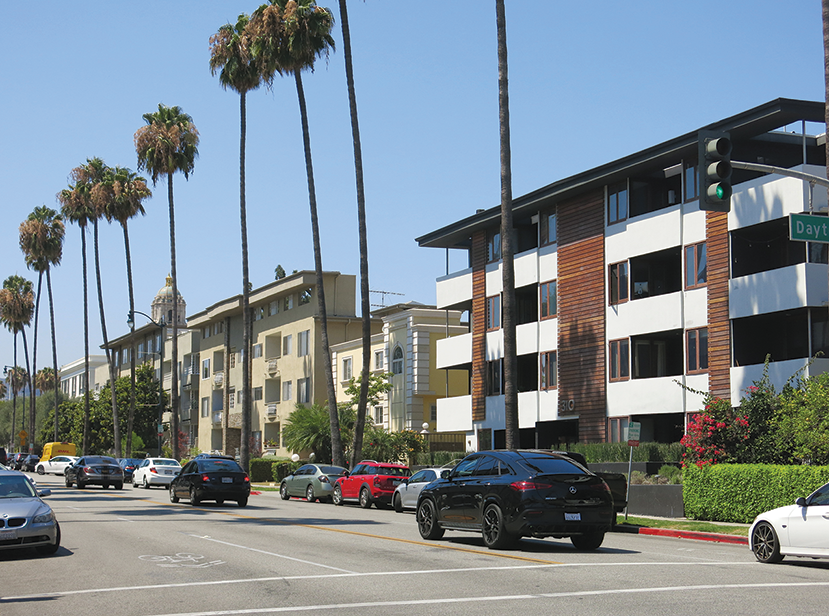 Despite opposing the state’s new density bonus rules that go into effect this week, the Beverly Hills City Council declined to attempt to avoid the regulations in a Dec. 21 study session.

On Jan. 1, Assembly Bill 2345 will go into effect, increasing the density bonus – which allows more units on a site than typically permitted – as well as parking reductions and incentives for some multifamily housing projects that include affordable units. In exchange for increasing the percentage of affordable units a project has to offer to qualify – that number changes based on the income level, but goes as high as 44% for moderate-income households – the maximum increases from a 35% density bonus to 50%, said Ryan Gohlich, the city’s assistant director of community development.

“The general principle is, the more affordable housing you provide, the greater the density and incentives that one can be availed of … It’s up to the developer to ask for whatever incentives they think will financially offset the cost of the affordable units,” Gohlich said.

AB 2345, which Beverly Hills opposed in August, gave cities an exemption from the state law if they had in place by Jan. 1, 2021, an ordinance of their own that includes a density bonus of at least 35%. Beverly Hills does not have such an ordinance, but on Dec. 21, the council had a chance to pass an urgency ordinance enacting such a density bonus. The council members unanimously declined to do so.

“I think the optics of doing something like this now, or frankly two months ago or three months ago … are awful. It would show that Beverly Hills thinks it’s better than everybody else,” Mayor Lester Friedman said.

Councilwoman Lili Bosse said the city could instead work on expanding its inclusionary housing ordinance, which requires a portion of the units in new developments to be set aside for affordable housing or a payment be made to the city’s affordable housing trust fund in lieu of the creation of affordable units.

“The bottom line is, I don’t want us to talk out of both sides of our mouth,” Bosse said. “We clearly say that we want, need and encourage housing, and I want us to be able to do that but to do it in a way that fits with our community, and I think we can do that through inclusionary housing.”

City staff also made clear that, despite fears from some members of the public, the new density bonus rules would likely not impact Beverly Hills as much as they would other cities in the state. For instance, Gohlich said, AB 2345 allows up to two additional stories for housing projects in exchange for affordable housing. The highest-zoned areas of the city allow for five stories, Gohlich said, and while some projects may go up to six stories, increasing the height to seven stories would require different methods of construction – concrete instead of wood frames – making it “probably unlikely” that the city would see seven-story housing buildings.

Given the concerns about timing and the actual impact AB 2345 would have on the city, Councilman Julian Gold pushed back against taking too drastic of an action, comparing the proposed urgency ordinance to “playing Whac-A-Mole, where every time the state does something, we react. I don’t think that’s good public policy.”

Instead, Gold proposed that the City Council could have a “robust discussion” about housing in a holistic way, and he added that it would be “even better” to examine the ties to mobility issues as well, as the reduction in parking requirements brought on by the density bonus law might make the city more reliant on the coming subway line and other forms of non-automobile travel.

Gold added that if Beverly Hills were to take action to preempt AB 2345, it could appear to the state that the city does not intend to comply with the Regional Housing Needs Assessment, which will mandate that nearly 3,100 new housing units be built in Beverly Hills between 2021 and 2029. The city is appealing that finding, and an attempt to circumvent laws that aim to create housing might reflect poorly on the city, Gold said.

“I don’t think we should be doing this piecemeal. I don’t think that we should be doing this in a reactive way. I agree with the [public commenters] who say the optics of this are really not good. I agree with the fact that it could conceivably come back to bite us when we get to certifying our housing element, because it would appear that we’re not really negotiating in good faith,” Gold said.