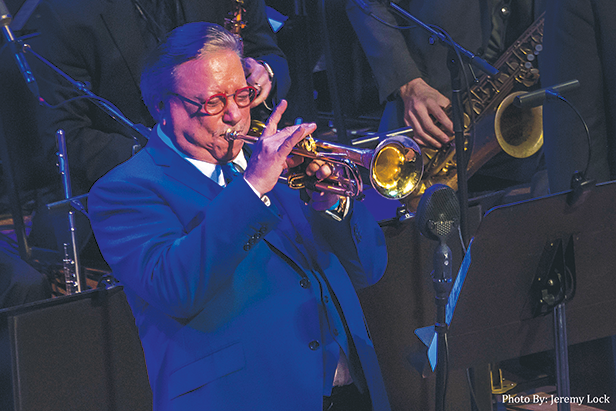 Legendary Cuban trumpeter Arturo Sandoval, 2013 recipient of the Presidential Medal of Freedom, will bring the ultimate Latin jazz party into homes starting this weekend. It will be available on-demand for one week from Saturday, Dec. 5, to Sunday, Dec. 13, for $10 and free to Broad Stage Members.

In this upbeat and melodious concert “Arturo Sandoval Live from the Broad Stage,” Sandoval and his band perform 60 minutes of original compositions and inspired covers that will get audiences on their feet and swaying to the beat.

A protégé of the legendary jazz master Dizzy Gillespie, Sandoval was born in Artemisa, a small town in the outskirts of Havana, Cuba, on Nov. 6, 1949, just two years after Gillespie became the first musician to bring Latin influences into American jazz. Sandoval began studying classical trumpet at the age of 12, but it didn’t take him long to catch the excitement of the jazz world.

He has since evolved into one of the world’s most acknowledged guardians of jazz trumpet and flugelhorn, as well as a renowned classical artist, pianist and composer.

Sandoval has been awarded 10 Grammy Awards, and nominated 19 times; he has also received six Billboard Awards and an Emmy Award.

For more information, visit via thebroadstage.org.