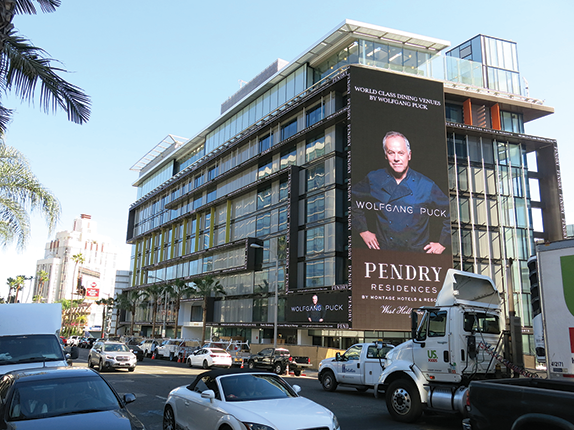 At the 2020 West Hollywood State of the City event, held virtually on Nov. 10, city officials, economic experts and business people illustrated the struggles the city will have to overcome due to the coronavirus pandemic while also highlighting the strength and resiliency of the West Hollywood economy.

The theme of the event, “The Big Shift,” was indicative of the belief held by many of the speakers that, in the short and long term, changes will be necessary.

“We’re cautiously optimistic. We think business will slowly return. There’s great news about a vaccine … but I think 2021 will be a challenging year, for the first few months at least,” said Tim Kiely, president and CEO of the West Hollywood Travel + Tourism Board.

One of the biggest hurdles for the city has been the pandemic’s impact on tourism and the hotel industry, City Manager Paul Arevalo said.

“We’re down about $24 million primarily because of the reduction to hotel tax, to sales tax, and that’s a big chunk of our budget … Hotel rates remain strong. Occupancy is the challenge, getting heads in beds in our city,” Arevalo said.

Arevalo was optimistic about some of the development projects coming to the city, including Pendry West Hollywood, a complex of 149 hotel rooms, 40 residences, a restaurant, a bowling alley, a live entertainment venue and more. The complex is expected to open in January, and the building’s signature digital billboards are already operating on the Sunset Strip.

“The Pendry hotel looks spectacular. The digital signs are amazing, the architecture is fantastic,” Arevalo said.

Some of the city’s budget shortfall will be offset by Measure E, a 0.75% sales tax increase that was approved by 73% of West Hollywood voters, Arevalo said.

“The community recognizes that these are challenging times and they’re willing to fund resources and provide community support to the city of West Hollywood. This is going to generate somewhere between $9 and $11 million,” he said.

Arevalo noted, however, that more help will be needed. With President-elect Joe Biden and Vice President-elect Kamala Harris taking office in January, that aid is more likely to come than it would have been under President Donald Trump’s administration, Arevalo said.

Mayor Lindsey Horvath was also optimistic about the results of the recent election, highlighting progressive gains at the national and local levels, and especially those by women, with Harris serving as the first female vice president, the Los Angeles County Board of Supervisors becoming an all-female board and the West Hollywood City Council becoming female-majority with the election of Sepi Shyne.

“I’m looking forward to seeing us all work together for the benefit of our community … I’m really excited to get to work,” Horvath said.

Horvath highlighted some of the changes coming to the Sunset Strip beyond the Pendry project, including the plan to make the Sunset Strip more walkable and add even more creative billboards. She also praised the city’s Outdoor Use Temporary Zones, or OUT Zones, which she said are likely to remain in place at least through the end of next year to allow businesses to operate outdoors in a safe manner.

“I’m sure we’ll be looking at how long we can keep these OUT Zones going to benefit our business community,” Horvath said.

During the panel discussion that closed the evening, Kiely echoed Horvath’s support for OUT Zones.

“I think the way that our businesses have moved outdoors … is something we’re all going to embrace going forward. It will make our city more of an outdoor environment, instead of an indoor environment,” Kiely said.

Other changes beyond simply moving outdoors will likely need to be considered, added Andrea Batista Schlesinger, partner at HR&A Advisors. Beyond the racial and income inequalities that have become even more apparent during the pandemic, West Hollywood faces challenges due to its nature as a transient city, Schlesinger said.

Frances Anderton, writer, producer and radio host on KCRW, and Sherri Franklin, founder and CEO of Urban Design Center, offered some potential solutions for those who seek home ownership but likely can’t afford to buy a house, including housing cooperatives and designing apartment complexes with more open space to recreate some of the benefits that come with owning a house with a yard.

Franklin pointed out that people already own portions of vacation properties, and that concept could translate to West Hollywood.

“Because West Hollywood is such a city for tourists and people who want to visit … I think they can innovate in that way,” Franklin said.

“The challenge in the Southland is housing and affordability … if there’s a way to restructure ownership, that would be such a great thing to accomplish in the next few decades,” Anderton added.

As a whole, the panelists also said that they believe the city leaders should do more to embrace change during this time, as the pandemic’s struggles make it easier for momentum to be gained for larger changes.

“COVID has produced a number of those spontaneous reactions, so I guess City Council people have to be proactively supportive of these types of initiatives and not find reasons for not doing things. Find reasons for yes, not reasons for no,” Anderton said.