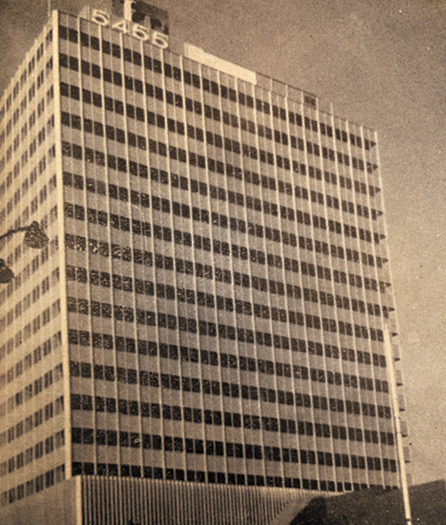 The Nov. 10, 1960, issue of the Park La Brea News showed the newly-completed 22-story Lee Tower, located at 5455 Wilshire Blvd., at the corner of Cochran Avenue. The tower was the first to exceed former city building height standards and was billed at the time as L.A.’s first skyscraper. The accompanying article stated that it rose like a “rocket” from the boulevard, forever changing the Miracle Mile’s landscape. The building became one of several, including Museum Square, that created a mix of modern and historic Art Deco architecture along Wilshire Boulevard. Plans have been proposed for other nearby high-rises, including the 42-story Mirabel, a mixed-use building that would be located on the next block east of the Lee Tower.