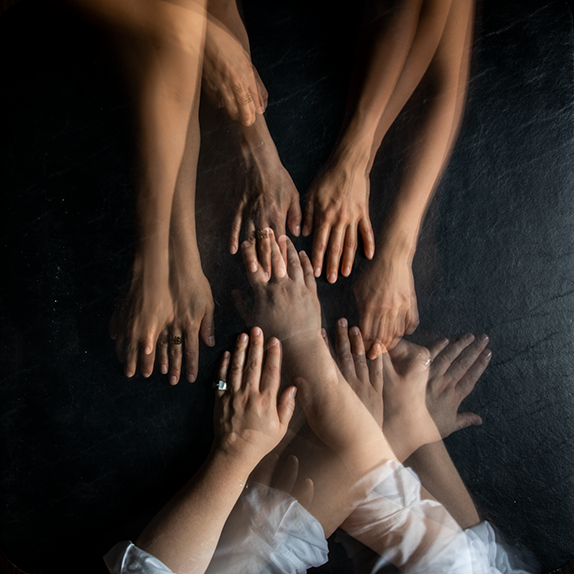 The experimental “A Thousand Ways” is comprised of three separate parts. (photo by Maria Baranova)

UCLA’s Center for the Art of Performance will present “A Thousand Ways (Part One): A Phone Call,” by 600 Highwaymen, on Sunday, Dec. 6 and 13, and Sunday, Jan. 24, 2021. Abigail Browde and Michael Silverstone are Obie Award-winning artists working together as 600 Highwaymen.

The experimental “A Thousand Ways,” which will ultimately comprise three parts, plumbs the essence of theater – bringing people together in the creation of a moving live experience – to counteract social isolation exacerbated by the COVID-19 pandemic.

In “Part One: A Phone Call,” two audience members, nameless strangers to one another, follow a carefully crafted set of directives, revealing things about themselves and their lives. Over the course of the hour-long journey, a portrait of the other emerges through fleeting moments of exposure and the simple sound of an unseen voice.

In “Part Two: An Encounter,” a small table bisected by glass is nested at the center of empty space. Two audience members, a separate pairing from the one in “Part One: A Phone Call,” sit at the table opposite one another, with a stack of index cards, a handful of objects and a set of instructions to guide them.

The not-yet-created “Part Three: An Assembly” will be a public convening made up of participants in the work’s first two parts. Using a shared script, they will come together for a final collective experience.

The dramaturg and project designer of “A Thousand Ways” is Andrew Kircher and its line producer is Cynthia J. Tong. The work is produced by ArKtype and was commissioned by the Arts Center at NYU Abu Dhabi, Stanford Live at Stanford University and Festival Theaterformen. It was originally commissioned and co-conceived by Temple Contemporary at Temple University. Original support for “A Thousand Ways” was provided by the Pew Center for Arts & Heritage, Philadelphia.

Tickets are $25 per person and available for purchase as timed slots. For more information, visit cap.ucla.edu/calendar/details/600highwaymen.