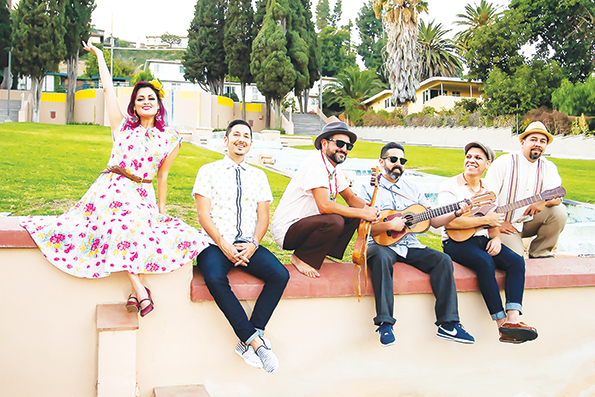 Telling modern-day stories of Chicanx life in Southern California, East LA favorites Las Cafeteras take the stage at the Skirball to kick off the final installment of Skirball Stages. Get down to their uplifting blend of Afro-Mexican beats, hip-hop and rancheras.

Latin Grammy-nominated singer Xênia França will perform for the series in Brazil, inviting audiences to soak up the traditional rhythms of Bahia, mixed with a pulsing blend of electronica, jazz and R&B. A prominent member of her local art scene, França is known for her smooth vocals and creative verve.

The virtual concert film is free.

In addition, Skirball Suppers offers a delicious four-course meal available for carry-out on the night of the premiere (Saturday, Nov. 21, between 5 p.m. and 7:15 p.m.). The menu ($42 per person, exclusive of wine) was conceived by Executive Chef Sean Sheridan and features dishes inspired by the culinary traditions of Mexico and Brazil. As part of the Skirball Suppers offering, recipes for select dishes in the menu will also be provided free online for at-home preparation.