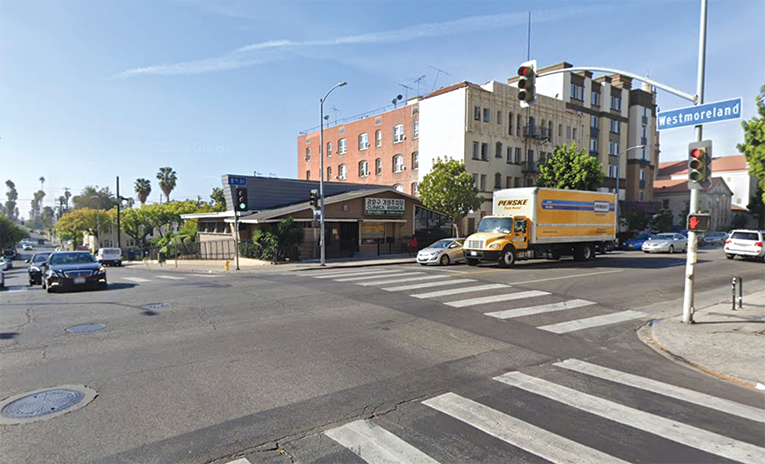 The 87-year-old pedestrian was struck as he was crossing Eighth Street, west of Westmoreland Avenue. (photo courtesy of Google Maps)

A $50,000 reward is being offered for information leading to an arrest and conviction of the drivers who allegedly struck and killed an elderly man in Koreatown earlier this year.

At approximately 4 a.m. on Feb. 22, the 87-year-old pedestrian was walking northbound across Eighth Street, west of Westmoreland Avenue, when he was struck by a white 2012-16 BMW M5 four-door sedan, police said. A second vehicle, which witnesses described as a white four-door sedan, also struck the victim as he was lying in the street. Both vehicles left the scene without stopping or rendering aid, police said.

The victim was identified as Chan Wook Park, a resident of Los Angeles. He was taken to a local hospital with severe injuries and later died.

Authorities from the Los Angeles Police Department’s West Traffic Division announced the reward on Oct. 29 after exhausting all leads. Investigators hope someone will provide a tip that will help solve the case. Anyone with information is urged to call Detective James Dickson at (213)473-0234, or email 37895@lapd.online.