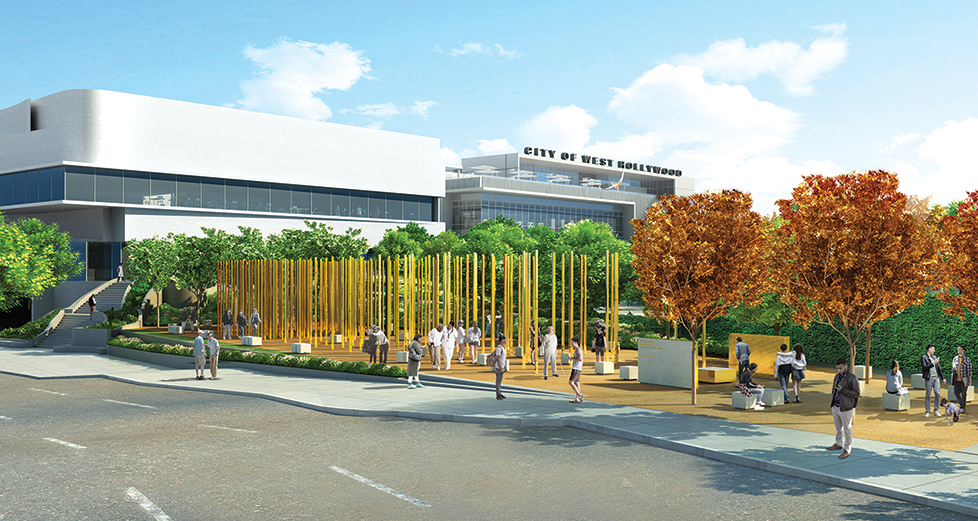 The quest to construct a monument to those who have died of AIDS, their caregivers, nonprofits, activists and others took a big step forward on Nov. 16.

As part of its consent calendar, the West Hollywood City Council unanimously took several actions on “Stories: The AIDS Monument,” which will be built in West Hollywood Park.

The project, designed by artist Daniel Tobin, “emphasizes the collection of stories from a variety of individuals sharing historical, personal and socio-political perspectives, encourages preservation of these records for future generations, and now includes program enhancements in the form of an arrival plaza and a protest podium,” the city staff report said.

To help pay for the monument, which is expected to cost between $4.4 and $5 million, the city accepted $2.43 million in donations and grant money from the Foundation for the AIDS Monument, a nonprofit seeking to make the project a reality.

“It’s a pretty significant time … the fundraising phase is completed, and we’re going to be taking over the custodianship of the funds and the receivables, just shy of $2.5 million,” West Hollywood City Manager Paul Arevalo said.

The council also agreed to move forward with a project delivery method known as design-build, which the city staff report said “will allow the city to manage one contract which will encompass the design and project management team, artist team, subconsultants, specialty trades and subcontractors with a single point of responsibility.”

Arevalo said the contracting team will be selected in the second quarter of 2021, and according to the staff report, construction will begin by the end of that year.

“The project is slated to be completed in the third quarter of 2022,” Arevalo said.

West Hollywood City Councilman John Duran, one of the project’s founders, said this step means that [the monument] will get completed on time.

“I have to give tribute to the foundation for getting us this far and raising millions of dollars of the funding, but in order to make sure it gets completed and gets completed timely, it’s important for the city to step in with our resources and our staff and relationships to make sure it becomes reality,” he said.

Duran, who lost his bid for reelection on Nov. 3 and whose last full council meeting was the Nov. 16 session that included the monument vote, added that this was one of the “things I wanted to make sure got done before I left.”

“Young LGBT people, they don’t realize what happened in the 1980s and 1990s,” Duran said. “There would have been no wedding cakes without the sacrifices the LGBT community went through around AIDS. AIDS forced the community to deal with LGBT people, it forced us out of our closets of secrecy. You can hide your sexual identity, [but you can’t hide] a wasting disease.”

“The foundation 2.0 is really how we expand our programming digitally, educational programs, collaborating with other AIDS organizations throughout Los Angeles to provide those three touchstones, memorialize, celebrate – and when we say celebrate, we mean the incredible work of the caregivers and organizations that helped millions of people – and educate,” Gile said.

The foundation continues to fundraise for the digital side of the exhibit, which Gile said is likely to incorporate social media and the foundation’s website, aidsmonument.org. For instance, the virtual art auction Photo20 is open for bidding through Nov. 24 and features photographs and art from galleries, collectors and individual artists. The works available for purchase from the Photo20 auction include subjects such as Larry David, Kobe Bryant, Andy Warhol and more.

The foundation focuses on the art world because of the disproportionate impact the AIDS epidemic had on that community, Gile said, and so far, that has resulted in $2 million in addition to what was donated to the city.

“It’s been remarkable. We started raising money in 2013, and 1,300 people have stepped up to contribute, and a good portion of those funds were raised through the artistic community and the auctions of photographs,” he added. 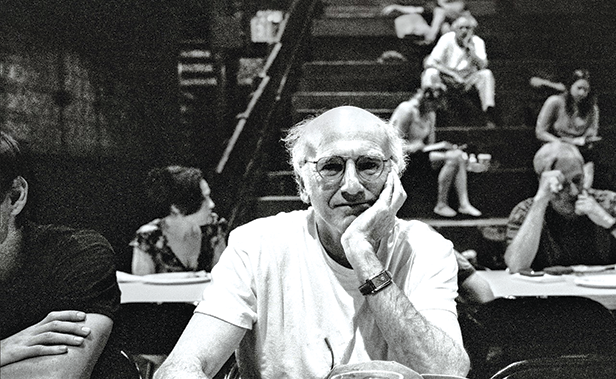 Gile said the exact details of the digital program are still to be determined – “It will be a place of solemnity, and we don’t want a bunch of people on their phones” – but the foundation plans to partner with institutions such as the West Hollywood Library and ONE National Gay & Lesbian Archives at the USC Libraries, the world’s largest repository of LGBTQ materials, which has a branch in West Hollywood near the park.

“We’re trying to figure all of that out and how we will collaborate … with other organizations to [demonstrate] a deeper meaning to this AIDS pandemic and how it affected West Hollywood, California, the United States and the entire world,” Gile said.

Duran said in the 1980s and 1990s, 10,000 people died from AIDS in and near West Hollywood, leaving many members of the LGBT community with “varying degrees of PTSD.”

“You can’t expect a young 20-year-old to lose dozens or hundreds of friends without there being some permanent psychological trauma. This monument will go a long way toward the healing of this PTSD,” he said.