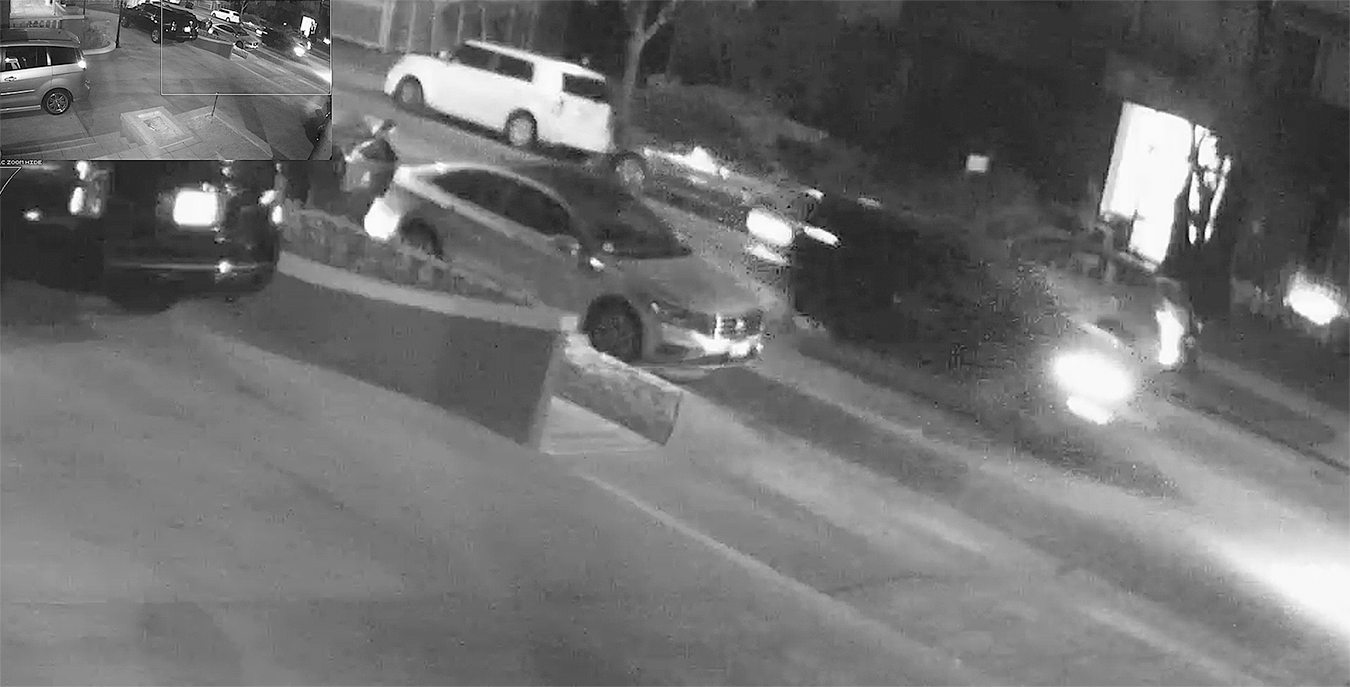 The driver of a black Jeep Grand Cherokee that allegedly struck and killed a victim on Wilton Place in early October is being sought for a felony hit-and-run. This photograph shows the vehicle moments before the collision. (photo courtesy of the LAPD)

Investigators have released video footage of a vehicle that allegedly ran over and killed a woman on Wilton Place on Oct. 2 and fled the scene. Police hope someone with information about the hit-and-run will come forward.

The alleged crime occurred at approximately 1:20 a.m. on Wilton Place just south of Fifth Street. According to Officer Joel Twycross, with the Los Angeles Police Department’s West Traffic Division, the 33-year-old woman was driving south on Wilton Place when she suddenly stopped, got out of her vehicle and laid down in the roadway. Investigators believe it was a suicide attempt, but have not made a ruling pending a report from the Los Angeles County Department of the Medical Examiner-Coroner, Twycross said. Security cameras in the area captured footage that enabled investigators to piece together the sequence of events.

The suspect wanted for hit-and-run was allegedly driving a black Jeep Grand Cherokee north on Wilton Place when he ran over the victim. Twycross said the suspect pulled over and another motorist who witnessed the collision briefly spoke to him before he drove away. That driver stayed at the scene and provided information to police.

“He knew he hit somebody,” Twycross said. “The witness told him that.”

The witness who spoke to the driver said he was Asian and in his 30s. A reward of up to $25,000 is offered by the city of Los Angeles for information leading to an arrest and conviction in hit-and-run cases. To view the security camera footage, visit lapdonline.org.