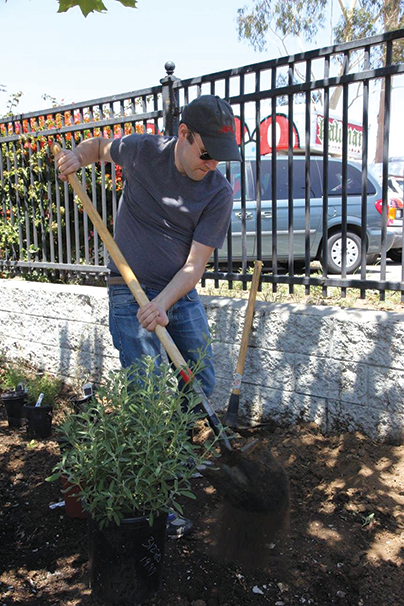 Community leader and advocate Scott Epstein has thrown his hat in the ring to represent the Los Angeles City Council’s 5th District, joining four others who have already announced candidacy in the March 2022 municipal election. Current 5th District Councilman Paul Koretz will be termed out in 2022.

A Fairfax District resident since 2007, Epstein has served on the Mid City West Community Council for eight years, including as its chair since 2014. He said in that role, he has dealt with complex regional issues including homelessness, land use and development, as well as more-localized problems affecting neighborhood quality of life such as traffic and public safety. Epstein officially announced his campaign on social media five days before the Nov. 3 General Election, and has eagerly begun the long process of meeting with constituents and raising support.

“I am running because I think right now, we need leadership that is both connected to community and committed to progress. We have some very serious problems in this city,” Epstein said. “We have an acute housing crisis where a lot of folks are struggling to continue to afford to live in this city. We are at risk of losing our middle class and the most unfortunate of us are slipping into homelessness. After improving our air quality for decades, now we’re slipping back and the quality of our air is getting worse. We really need bold action to solve these problems, but in order to do so, we also need leaders that have experience with civic engagement and getting people involved and building toward change. I think that is what I have to offer.”

Epstein, who works as a policy analyst for UCLA, cited homelessness as a primary issue affecting the 5th District. He said he saw firsthand how it adversely impacts people’s lives when he helped organize the Mid City West Community Council’s participation in the annual homeless count in 2014.

“That was an important moment in my public life. It was my entryway into this issue,” Epstein said. “I was new in my leadership at the council and realized that this is of course something we should do. We decided to opt in to leading the homeless count for our area that first year and we had so many volunteers that we were able to help the communities bordering us as well. It’s become an annual tradition and we have hosted the homeless count every year since.”

Epstein said the spirit of community service was evident, and he hopes to harness that energy.

“I think there is something special about the count in opening folks’ eyes to the problem. Partly, it’s just the nature of going around counting your unhoused neighbors that makes it very real. We all see it every day, but there’s something about actually doing the tally that is very eye opening,” Epstein added. “The other thing that I think is very amazing about the count is how many people show up to help. It’s a reminder of the challenge, but it’s also a reminder of the opportunity. [There are] a lot of community members who are hungry to make change and be a part of the solution.”

The 41-year-old 5th District candidate said more housing coupled with services and resources must be part of the solution to homelessness. He said he hopes to identify more places where temporary shelters, supportive housing and affordable housing can be built in the local area.

“As councilmember, I think my leadership would be much more muscular in a sense, more quickly identifying the places in the 5th District where we can get temporary shelter up, where we can build permanent supportive housing,” Epstein said. “How do we do it more cheaply, how do we experiment with different building types, different sites, to make it happen? We do need the funding streams, we do need the policy support, and we have some of those things with Measure H and Measure HHH. But we need the leadership on the ground in all of the council districts to champion these projects and make sure it happens.”

Epstein also said he plans to be a catalyst for innovation in transportation, and cited traffic congestion as a problem that will continue to affect the community long into the future without significant change.

Another concern is economic recovery after the COVID-19 pandemic, he said. Epstein supported the recent Uplift Melrose plan, which would have removed some parking lanes on Melrose Avenue in exchange for bike lanes and more pedestrian space. That project was scrapped in September after Koretz decided not to support it because impacts to residents and traffic on surrounding streets would have been too significant.

“I think it is essential we create a multi-modal future for our city. If we care about the climate, and I think most Angelenos do, we have to create options for getting around better that are not the automobile,” Epstein said. “The highest emitting sector in California in terms of carbon emissions is transportation, and a lot of those emissions are coming from our major metro areas like the Bay and Los Angeles. We need to make space for people on foot, on bikes and on transit.”

Epstein said he plans to canvass neighborhoods and is eager to meet more people in the community to discuss issues.