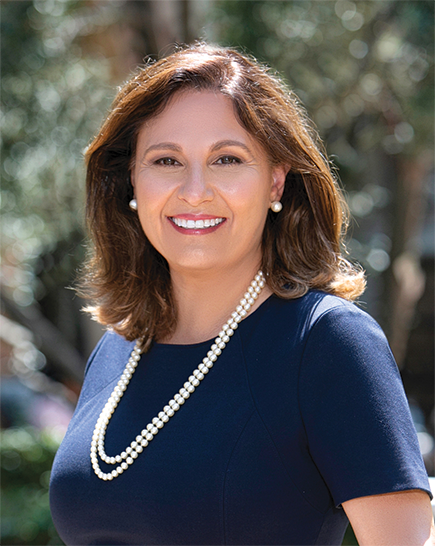 “As we conducted our search, it became clear that there could not be a more perfect vice president for advancement than Alexy,” Loyola President Gregory M. Goethals said. “She will be heading a team of very talented fundraising professionals that she knows well and has worked with for many years. I am confident that with her leadership, we will be more successful in the important jobs that need to be accomplished.

Coughlin will play a major role in advancing the mission of the institution, providing leadership, vision and strategic direction for the school and its fundraising programs. A member of the President’s Cabinet, Coughlin’s responsibilities include overseeing the Advancement Department and its fundraisers, engaging in development and donor relations, and expanding fundraising opportunities through capital campaigns, major gifts, annual giving and special events.

Coughlin has been with Loyola since 2010, when she began as director of development for the Parent Giving program. She transitioned into the position of director of institutional giving in 2017 before being promoted to vice president of advancement.

Coughlin has more than 20 years of experience in marketing and fundraising – both profit and nonprofit – and has developed Loyola’s Annual Fund, Major Gift and Foundation programs. Prior to Loyola, Coughlin worked in development and communications at American Martyrs Catholic School in Manhattan Beach, served as director of marketing at the National College Magazine, director of development at the Music Center and director of fundraising events at the Natural History Museums of Los Angeles County. She graduated from Loyola Marymount University and resides in Manhattan Beach with her husband, John. Both of their sons, Kieran and Patrick, graduated from Loyola High School and continued their Jesuit education at Santa Clara University.

“I am thrilled for the opportunity to serve as Loyola’s next vice president for advancement. Growing up in Los Angeles and going to an all-girls Catholic high school, I was always aware of Loyola and its institutional presence,” Coughlin said. “Keeping Loyola at the forefront of innovative, sustainable institutions of learning is my goal as we continue to provide the best education and formation possible for these young men. Loyola is very special to me and this community is close to my heart. I could not be more excited to begin this journey.”

Beverly Hills eases restrictions on office space for medical use