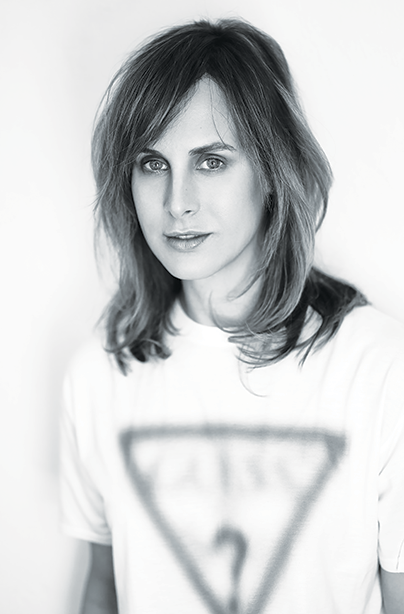 Drucker, a producer and integral voice on the acclaimed Amazon TV series “Transparent,” wrote about her experience and mindset while listening to “Appalachian Spring” for the first time as the polls closed in Florida. Thanks to the generosity of individual donors, the program is available to the public at no cost and can be streamed at laco.org/laco-at-home, and on LACO’s YouTube channel and Facebook live.

“The chamber version of ‘Appalachian Spring,’ originally commissioned by choreographer Martha Graham as a ballet, provides a superb showcase for LACO’s artistry,” Martín said. “For this performance, I am delighted to share the stage for the first time with my predecessor, Jeffrey Kahane, a brilliant pianist who was the longest serving music director in LACO’s history.”

“Zackary Drucker’s powerfully poetic, thoughtful series of text, filtered through LACO’s sublime performance of Copland’s historically significant ‘Appalachian Spring,’ creates a hypnotic portrait of Los Angeles on election night,” Darrah added. “It is not heavy-handed political text, but rather a thematic document that elevates this incredible and familiar piece of music.”

LACO: Close Quarters programs are created specifically for streaming and are each between 30 and 40 minutes in length. They are filmed at the Colburn School’s Olive Rehearsal Hall.