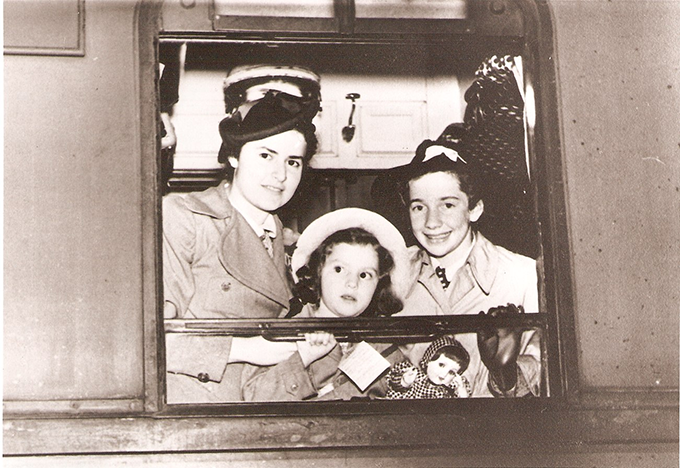 The Holocaust Museum LA will present a special virtual  commemoration of World Kindertransport Day on Tuesday, Dec. 1, at 11 a.m., marking the 82nd anniversary of the arrival of the first Kindertransport in Great Britain.

Kindertransport – Children’s Transport – was a rescue mission that allowed approximately 10,000 Jewish refugee children to escape from Nazi-occupied territory to Great Britain and other countries, including Switzerland and Sweden, between 1938 and 1939. The first Kindertransport train left a Berlin station with approximately 200 children in December 1938. Often, these children were the only members of their families who survived the Holocaust.

Participants in the event will include Paul Kester, who traveled from Germany to Sweden on a Kindertransport in 1939;  Barbara Winton, daughter of humanitarian and rescuer Sir Nicholas Winton, (who died in 2015 at the age of 106); and Michele Gold, museum board chair and daughter of Kindertransport survivor Rita Berwald. Gold is the author of  “Memories That Won’t Go Away:  A Tribute to the Children of the Kindertransport.”

Holocaust Museum LA is the first survivor-founded Holocaust museum in the United States. Since 1961, the museum has provided free Holocaust education to students and visitors from across Los Angeles, the United States and the world. Museum admission is always free.

A donation of $10 is suggested. For more information and to register, visit holocaustmuseumla.org/event-details/world-kindertransport-day-commemoration.