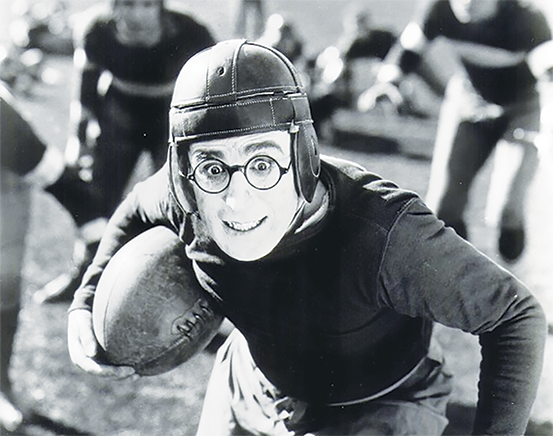 Harold Lloyd stars in the iconic comedy “The Freshman.” (photo courtesy of the Hollywood Legion Theater)

Ranked as one of the American Film Institute’s 100 Funniest American Movies of All Time and considered to be Harold Lloyd’s masterpiece, “The Freshman” was released Sept. 20, 1925. This classic silent comedy is characterized by perfectly balanced elements of story, character and unforgettable gags. Lloyd, who considered this film as one of his personal favorites, plays Harold “Speedy” Lamb, whose dream is to go to college and be the most popular student on campus. For the then-31-year-old Harold Lloyd, “The Freshman” was the realization of his long-held desire to portray the college boy he had never been. Among the film’s highlights are the “Fall Frolic” party scene and the classic football sequences filmed at Memorial Stadium in Berkeley, California, using footage from an actual California-Stanford game.