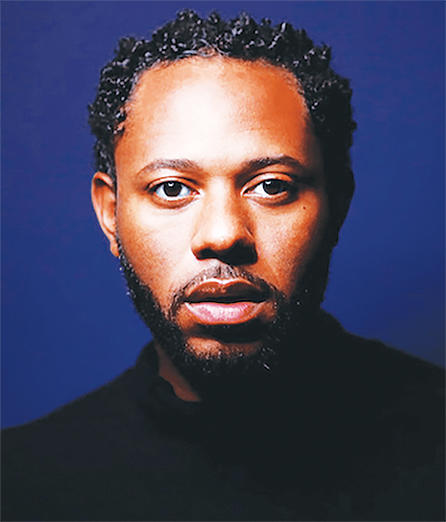 Greenway Arts Alliance, the nonprofit organization that has united communities through art, education and enterprise for nearly 25 years, announced that Greenway Court Theatre is celebrating its 20th anniversary season.

The award-winning and critically acclaimed theater will present the world premiere of “If I Should Wake,” a collection of eight monologues by an intrepid ensemble of contemporary playwrights representing the wide diversity of Greenway Court Theatre’s many communities.

The play features monologues by Alex Alpharaoh, Boni B. Alvarez, Arianna Basco, Diana Burbano, Inda Craig-Galván, Yehuda Hyman, Grace McLeod and Larry Powell.  Directed by Reena Dutt, with dramaturgy by Scott Horstein, “If I Should Wake,” will stream live on twitch.tv as a two-part series beginning on Friday, Nov. 20, at 7 p.m. Part two will begin streaming on Nov. 27 at 7 p.m. and both parts will be available to view on demand for free through Dec. 10.

“We are extremely grateful to be celebrating our theater’s 20th anniversary this season and to be a part of the Los Angeles arts community. While this is a financially challenging time for many arts organizations amidst the pandemic, we feel incredibly fortunate that we are able to sustain our work and to continue to develop new voices that reflect our diverse communities,” said Whitney Weston, co-founder and co-artistic director of Greenway Arts Alliance.

“For two decades, Greenway Court Theatre has been a platform for inclusiveness and for presentations of stories that reflect today’s cultural landscape of America and it is our ongoing mission to cultivate emerging artists,” said Pierson Blaetz, co-founder and co-artistic director of Greenway Arts Alliance.

“When Whitney and I founded Greenway Arts Alliance, we created a business model that was centered around community-based partnerships. We are fortunate that in this economically stressful and difficult time, our organization remains financially strong through our Melrose Trading Post, which is able to support both our theater and Greenway Institute for the Arts programs,” he added

In 2000, Greenway Court Theatre opened its doors with the world premiere of “Sonnets for an Old Century” by Obie Award-winning playwright and Academy Award-nominated screenwriter José Rivera, a series of monologues set in the afterlife which, on the verge of the new millennium, stimulated reflective thought of how one lives their life.

“As part of our 20th anniversary, we commissioned eight incredible playwrights to each write a monologue for our world premiere of ‘If I Should Wake,’ and to continue this exploration and reframe it for the tectonic shifts of today,” said Tiffany Moon, producing director of Greenway Court Theatre.

The Greenway Court Theatre channel can be found at twitch.tv/greenwaycourttheatre. Streaming on twitch.tv is free.

In addition to “If I Should Wake,” Greenway Court Theatre plans to present the 5th annual L.A. Get Down Festival in April 2021 in celebration of National Poetry Month.