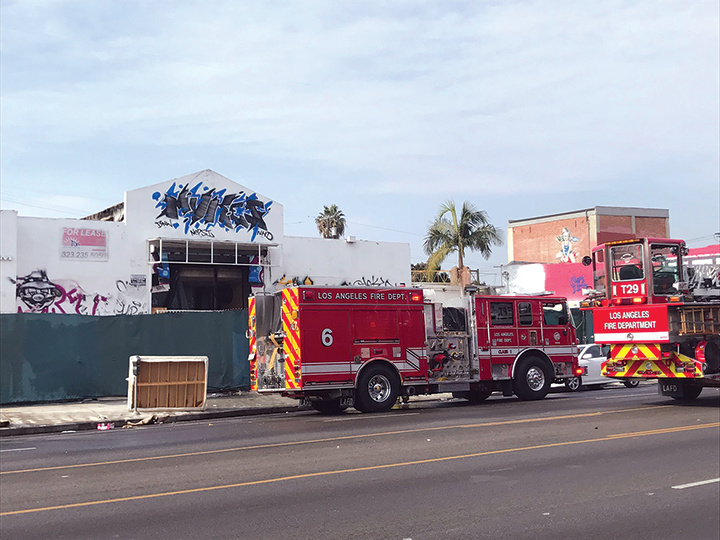 Los Angeles Fire Department personnel battled a blaze in a vacant commercial building on Western Avenue on Nov. 23, extinguishing the flames in 26 minutes. Approximately 55 firefighters were deployed to the building at 547 N. Western Ave. after reports of smoke were received at 10:16 a.m. The building is located on Western Avenue just south of Clinton Street. The fire burned through the roof before the flames were extinguished at 10:42 a.m., LAFD spokesman Nicholas Prange said. No injuries were reported and the cause remains under investigation.