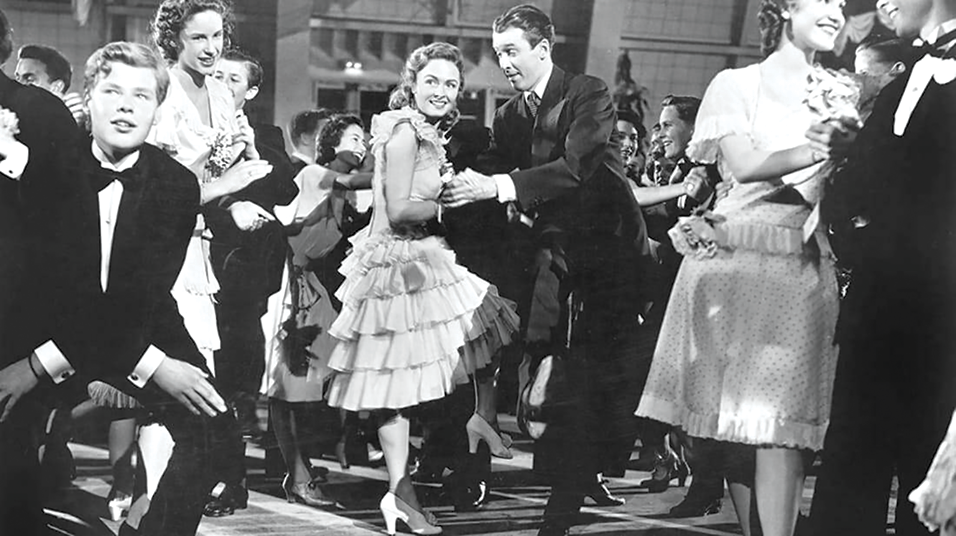 The iconic Swim Gym at Beverly Hills High, which was the setting for the pool scene in “It’s a Wonderful Life,” is among the buildings on the campus that is located on land LAUSD claims to own. (photo courtesy of Paramount Home Entertainment)

The issue arose after the Los Angeles County Metropolitan Transportation Authority filed an eminent domain action on May 24, 2019, to construct its planned subway tunnel beneath the BHHS campus and maintained that LAUSD retained an interest in one of the parcels.

BHUSD general facilities counsel Terry Tao said the district first became aware of the “title defect” last year and has worked unsuccessfully to have the title transferred to BHUSD.

Tao said that LAUSD has refused to sign over title to BHUSD, but has expressed interest in selling the property.

“LAUSD is arguing that they want to take over the campus. That’s what their attorneys have been telling us,” he said. “They refuse to put it in writing. They just say, ‘Make us an offer.’”

In the event that LAUSD takes further steps to exert ownership of the land underneath BHHS, Tao said that BHUSD will be seeking $750 million from LAUSD via a lawsuit which will be filed in the next few weeks.

“I am recommending a separate lawsuit to the board at our upcoming December board meeting to seek reimbursement for funds spent by [BHUSD] on property owned by LAUSD,” he said. “This means that all funds that were spent improving or abandoning oil wells, improving buildings or constructing buildings enhanced the value of the property of LAUSD and improperly enriched LAUSD at the expense of [BHUSD].”

To determine the $750 million figure, Tao said he calculated the money that has been spent since 1935 on the portions of the campus for which LAUSD holds the title. The property includes the historic campus buildings and Swim Gym, which was featured in “It’s a Wonderful Life.”

As title owner, LAUSD would have a right to a portion of the eminent domain funds that Metro will pay to acquire easements through the BHHS campus for construction of the Purple Line Extension subway line.

Neither LAUSD nor BHUSD is contesting that records show that LAUSD holds title to portions of the BHHS campus. However, according to Tao, the title should have “automatically transferred” when BHUSD took ownership of the property 85 years ago. Tao said Metro’s eminent domain lawsuit marked the first instance that anyone at BHUSD became aware that the school district did not hold the title to its property.

In 1934, Beverly Hills residents voted to withdraw BHHS from the Los Angeles City High School District, and that went into effect in 1935.

“I’m surprised and disappointed that after 85 years, LAUSD would say that much of Beverly Hills High School is theirs and that they are the rightful owners,” BHUSD Board of Education President Isabel Hacker said. “Their attorney’s position is not supported by LAUSD’s April 12, 1934, board meeting minutes where LAUSD approved the creation of Beverly Hills Unified School District and transfer of the high school; the election of July 2, 1934, where the voters elected to create Beverly Hills Unified School District; and a final determination by the state Superintendent of Schools on July 1, 1935.” 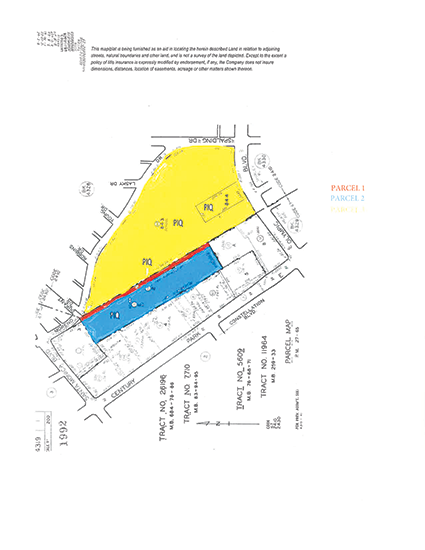 Tao said that in asserting its claim over BHHS, LAUSD was making a “hyper technical argument” that ignored legislative history.

The BHUSD sought to secure the title to BHHS in a June 22 filing in California Superior Court against LAUSD, and Tao is optimistic the BHUSD will prevail. The “quiet title” action argues that LAUSD’s claim is contrary to the law and cites state statute and education code to support the claim that the territory legally belongs to BHUSD.

“These defendants have no right, title, estate, lien or interest whatsoever in the property or any part thereof,” the lawsuit stated.

On July 31, LAUSD responded, reasserting its claim to the property and calling BHUSD’s argument “a misplaced effort to obtain … property that has been owned by [LAUSD] for almost 100 years.”

The title complaint is slated to go before Judge Mark Epstein on Feb. 10, 2021, in the Los Angeles County Superior Court in Santa Monica.

One week later, the trial for Metro’s eminent domain lawsuit is scheduled to begin downtown in Los Angeles County Superior Court on Feb. 17, 2021.

Metro spokesman Dave Sotero said that Metro does not comment on pending litigation.

hmm. Evict them from LA property? They cold find another place for the new virtual education. Think no underground !