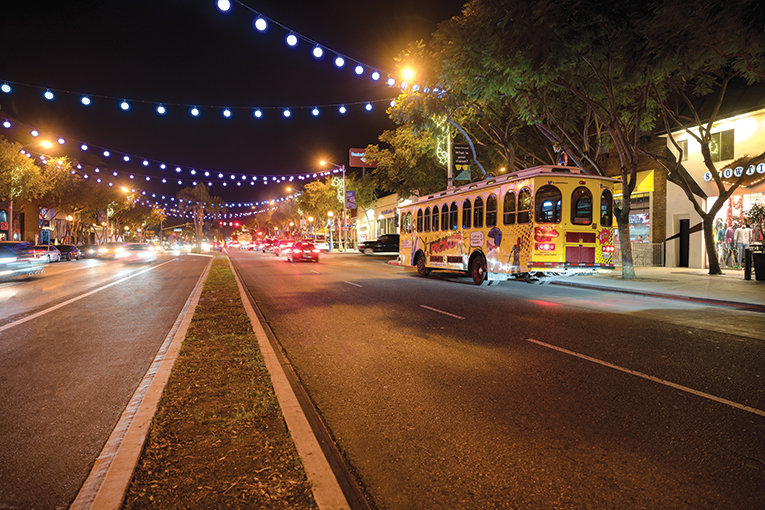 The lanterns above Santa Monica Boulevard will be lit in purple in observance of National Domestic Violence Awareness Month. (photo by John Viscott/courtesy of the city of West Hollywood)

In recognition of National Domestic Violence Awareness Month in October, the lanterns above Santa Monica Boulevard between Robertson Boulevard and Hancock Avenue in West Hollywood will be illuminated in purple through Oct. 27.

The West Hollywood City Council also presented a proclamation on Oct. 19 to Renee Sotile of Traipsing Thru Films and Mary Jo Godges, producers of the music video “I Remember Nicole.” Commemorating the memory of Nicole Brown Simpson, the video seeks to increase awareness of domestic violence issues.

According to the National Coalition Against Domestic Violence, more than 10 million adults in the United States experience domestic violence annually. On average, nearly 20 people per minute are physically abused by an intimate partner in the United States, according to the coalition. Experts predict that the COVID-19 pandemic stay at home orders will likely cause an increase in the numbers for 2020.