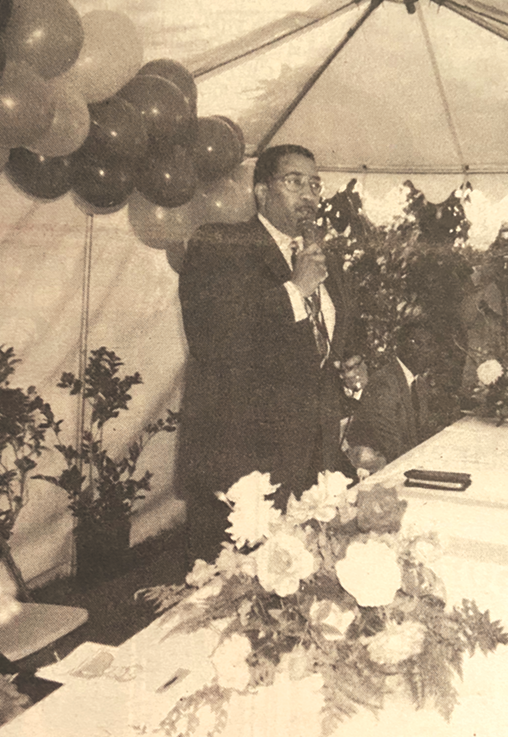 Newly-appointed Los Angeles Police Department Chief Willie Williams addressed a crowd of approximately 1,000 community members in this photograph in the Oct. 22, 1992, issue of the Park Labrea News and Beverly Press. Williams, who was appointed following the resignation of Chief Daryl Gates after the Los Angeles Riots that year, was the special guest at a reception hosted by the Hancock Park Homeowners Association and other local community groups. Williams was praised as a champion of diversity following a period of social unrest. The theme of the event was “working together for a better tomorrow.” Williams served with the department until 1997 and was credited with further implementing the department’s community policing program in which senior lead officers are assigned to address the individual needs of specific neighborhoods and act as liaisons between the department and residents. The program remains in place today.