Victim dies in collision at Sunset and Highland 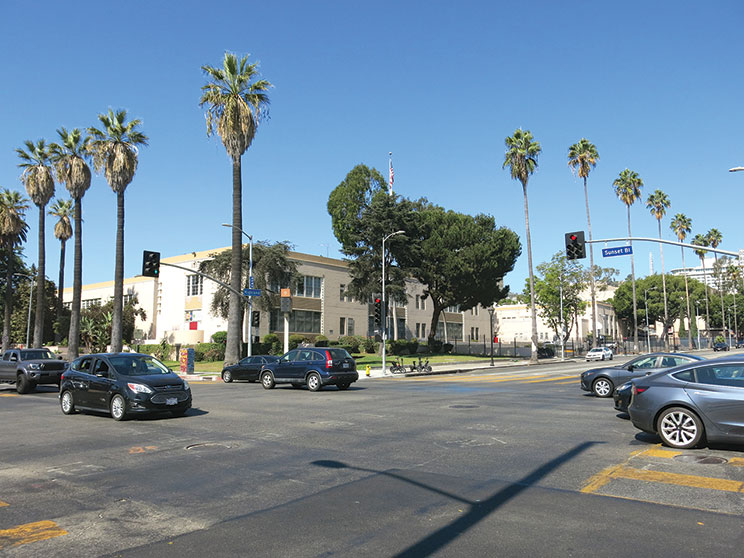 A vehicle traveling northbound on Highland struck a southbound car that was turning left, according to police. (photo by Cameron Kiszla)

An 81-year-old woman died on Oct. 12 when the vehicle in which she was riding was struck by another vehicle in the intersection of Highland Avenue and Sunset Boulevard.

The collision occurred at approximately 11 a.m. as a Chevrolet Cruze turning left from southbound Highland Avenue onto Sunset Boulevard was struck by a northbound Toyota Prius, said Officer Joel Twycross, with the Los Angeles Police Department’s West Traffic Division. Both drivers stayed at the scene.

Twycross said alcohol or drugs were not a factor, and no arrests were made or citations issued. The collision remains under investigation, he added, but it appears to be accidental.

“We would like to hear from any potential witnesses who saw it,” Twycross said. “It’s a pretty busy intersection. We do have camera footage, but someone may have had a different perspective.”