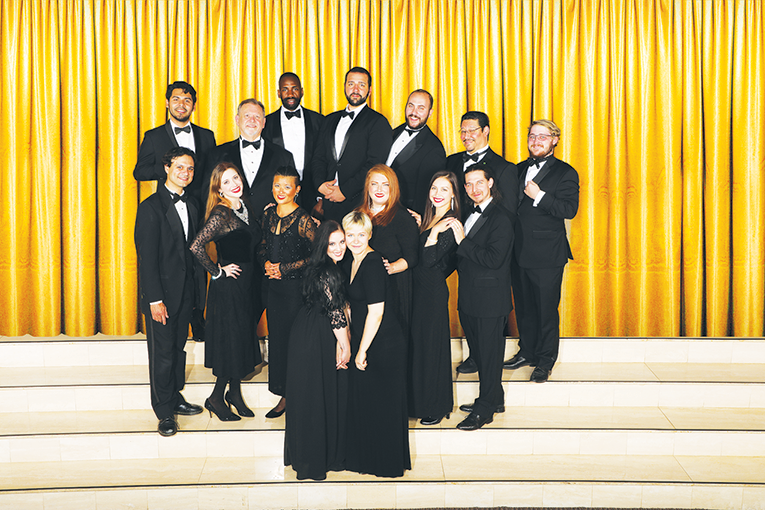 The Verdi Chorus continues its 37th season with the Fox Singers in “Amor y Odio, Songs of Spain and the New World” presented by the Verdi Chorus and the Sahm Family Foundation. This musical soirée is the premiere offering of the new online series called Verdi Chorus Presents led by founding Artistic Director Anne Marie Ketchum. The Fox Singers comprise the professional ensemble of the Verdi Chorus, which is the only choral group in Southern California that focuses primarily on the dramatic and diverse music for opera chorus.

Dedicated to the songs and zarzuelas of Spain and the New World, “Amor y Odio” will premiere online on Sunday, Nov. 8. Future Verdi Chorus Presents soirées featuring the Fox Singers will include an evening of Neapolitan favorites and Italian art songs and an evening dedicated to American song.

The Fox Singers demonstrate the mission of the Verdi Chorus to provide performance opportunities to young professional singers, and these highly promising singers, named in memory of long-time chorus and board member Walter Fox, not only serve as section leaders and rehearsal coaches for the Verdi Chorus, but also have opportunities to perform as featured singers in performances, and perform on occasion independently of the full Chorus. The Fox Singers featured in “Amor y Odio, Songs of Spain and the New World” are sopranos Tiffany Ho and Sarah Salazar, mezzo-soprano Judy Tran, tenors Joseph Gárate and Elias Berezin, and bass Esteban Rivas.

The Fox Singers have been presented at several venues in Southern California including the Annenberg Beach House, the Broad Stage, the Huntington Library and the Nixon Library.

“I am so excited for these upcoming soirées, which will showcase our exceptional Fox Singers,” Ketchum said. “Finding ourselves immersed in a virtual online world over these past months has inspired me to create new musical experiences unlike anything we have done before. Music is such a vital thing to share with the world during this difficult time. These online concerts also allow us to offer the talents of the Verdi Chorus’ Fox Singers to an even larger audience.”

The Verdi Chorus is a Southern California nonprofit organization dedicated to presenting opera choruses in concert and to providing career development opportunities for young professional singers. The chorus was founded in 1983 at the Verdi Restaurant in Santa Monica and when the restaurant closed in 1991, the Verdi Chorus continued becoming a 501(c)(3) nonprofit organization in 1999.