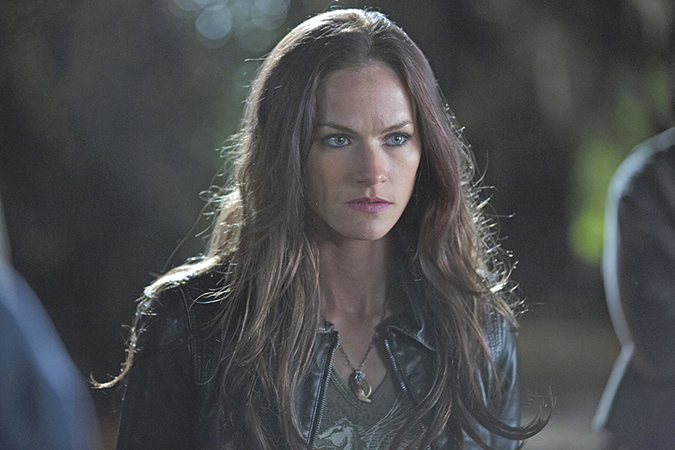 The premise for Guillermo del Toro’s trashy vampire series, based on the 2009-11 book trilogy, began with the hybrid undead monsters created for “Blade II,” replacing fangs with something quite grotesque.

In “The Strain,” an ancient creature of the night no longer wishes to lurk in the shadows, unleashing a pandemic on the Big Apple. These Nosferatu are highly infectious; even killing the infected risks exposure to the disgusting and very aggressive parasites – Bloodworms, they’re called – that spread the virus throughout the body.

A shunned CDC expert (Corey Stoll) knows the truth and leads a team to cut off the strain at its source … by cutting off the head of an unstoppable monster. Alas, the gang’s greatest challenge is overcoming some rather trite writing and bland performances, though the tension and primary arc work well enough for a spot on this list.

What would happen if bloodsuckers announced their presence to the world, replacing hidden lairs with cultural assimilation? Madness and social discord. The HBO adaptation of Charlaine Harris’ The Southern Vampire Mysteries book series eventually goes off the rails, but several seasons present a playful supernatural world – even dipping into memorable philosophical topics – until that undead shark jump. Plus, we owe this one much for gifting Alexander Skarsgård to the world.

“Penny” isn’t primarily a vamp show like the others here, but seasons 1 and 3 focus on classic characters from Bram Stoker’s “Dracula,” along with delightful others from gothic literature: Dr. Frankenstein (Harry Treadaway), his monster (Rory Kinnear), the bride (Billie Piper), Dorian Gray (Reeve Carney), Dr. Jekyll (Shazad Latif) and even the mysterious Wolf Man from the Universal monster movie era. But the most alluring of all his original characters is Ms. Vanessa Ives (Eva Green), who so entices demons and Dracula himself (no spoilers, darling) in the final season.

This is what the “Twilight” films should’ve been: sappy, soapy, morally complicated and occasionally violent. While the tension initially revolves around a love triangle between Team Stefan (as in Paul Wesley’s Stefan Salvatore) and Team Damon (as in Ian Somerhalder’s Stefan Salvatore) vying for Elena Gilbert’s (Nina Dobrev) affections, a hiccup redirects things.

Unlike “Diaries,” the first spinoff (“Legacies” continues the story on The CW) doesn’t overstay its welcome, bringing harsh finality after 92 episodes featuring the original vamp family trying to establish roots in New Orleans. Klaus (Joseph Morgan), whose carnal prowess on “Diaries” earned him and his kin this solo show, thrives at charming villainy, always at odds with his monstrous impulses. Meanwhile, stoic brother Elijah (Daniel Gillies) ventures down the opposite path, finding that unfettered loyalty to family can come at the expense of ethics. It’s a fun dance into the gray area between good and evil, life and death. 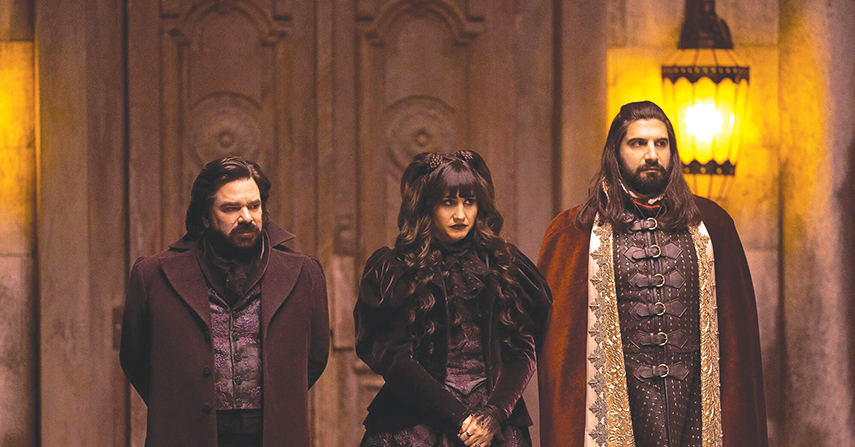 Laszlo Cravensworth (Matt Berry), Nadja (Natasia Demetriou) and Nandor (Kayvan Novak) are charged with taking over the New World in “What We Do in the Shadows.”

“What We Do in the Shadows”/FX, Hulu

“Shadows” isn’t a remake of the 2014 flick. Instead, it chronicles the antics of a horde across the pond charged with taking over the New World. They fall short of that goal to our benefit. Some of the best additions to the “Shadows” canon include an energy vamp, Colin Robinson (Mark Proksch), who drains victims of their will to live with the power of making a 9-to-5 office even more dull. Werewolf conflicts also ensue, along with various shoutouts to vamp media, from “Blade” to “Only Lovers Left Alive.”

Sure, “Angel” surfs the playful energy of its forebear “Buffy,” but that doesn’t prevent the title hero, vamp given back his soul (David Boreanaz) with all the traumatic memories that come with more than a century’s mayhem caused by that evil doppelgänger, from getting down and dirty. And the series’ ending scene – amazing.

When Joss Whedon tried to ensure his crew would have jobs come season 6, he angered the powers that be, also the name of the good folks in the show, and they decided to cancel it instead out of spite. That resulted in an ending that might’ve angered most at the time, but those open-ended final moments are, in fact, hauntingly on point: the battle against evil never ends.

To every generation a slayer is born, charged with the protection of humanity against all that wretched things that go bump in the night.

But high schooler Buffy Summers (Sarah Michelle Gellar) shirks the expectations of the ancient tasked with training – she’s a teen, at least at first. “Once More, With Feeling” is peak television musical viewing. “Glee” and the likes can’t touch the many, many clever nods to the series’ history and musical tropes.

But as she grows, stakes escalate and foes adapt as well. A tragic heroine results, though witty banter softens the cruelty surrounding the slayer. Even that comes to a halt in “The Body,” which lingers on heart-breaking loss.

It’s an emotionally diverse journey through high school and young adulthood, complete with symbolic amplification of all the anxieties of growing up too soon.

More than anything, however, “Buffy the Vampire Slayer” is just plain fun, even if the first season serves as the weakest installment.