Tina and Jerry Moss give $25M to Music Center 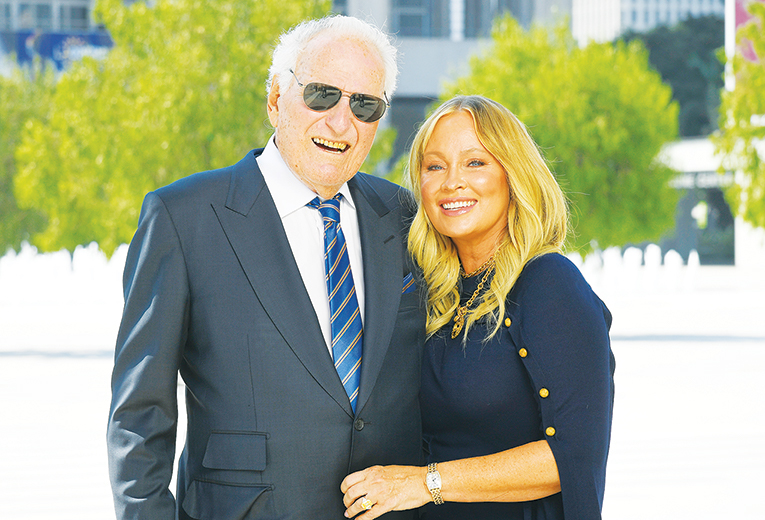 Tina and Jerry Moss. (photo courtesy of the Music Center)

The Music Center announced it had received a $25 million gift from philanthropists Tina and Jerry Moss to benefit new programming initiatives. It marks the largest gift in Music Center history for programming and will be used to establish new initiatives, including a free annual summer concert on the newly named Jerry Moss Plaza at the Music Center, along with more opportunities for L.A. artists and community groups.

The gift will also be used to further sustain and enhance the Music Center’s commitment to free and low-cost events and formally launch arts partnerships with community organizations to help uplift artists and their work, with an emphasis on Black, Indigenous and people of color, or BIPOC, artists.

Jerry Moss, a longtime Music Center supporter since 1968, is the music executive who co-founded A&M Records with partner Herb Alpert and guided the careers of major artists, including Quincy Jones, the Carpenters, Joe Cocker, Sting and Janet Jackson.

Other significant gifts over the years include $20 million from philanthropist Glorya Kaufman, which made it possible for the performing arts center to create the highly popular Glorya Kaufman Presents Dance at the Music Center series. A $12 million gift from Music Center Board of Directors Chair Cindy Miscikowski and the Ring-Miscikowski/Ring Foundation seeded the launch of the TMC Arts Fund to produce arts education, dance and public programs at the Music Center.

“Music and the arts have always been a large part of our lives as well as providing a sense of passion and purpose,” Tina and Jerry Moss said in a joint statement. “Given its focus on reaching even more Angelenos with meaningful, relevant programs, the Music Center is well-positioned to realize our dreams for this gift.”

“We are thrilled with the organization’s plans to not only to build capacity to deepen the cultural lives of L.A. residents, but also to pay it forward and help strengthen the ability of artists who don’t often have the chance to create and innovate due to lack of support,” they added.

Seeking an opportunity to give back to the community where he built his business and experienced his success, Jerry Moss added, “I consider myself a music man, and I want to celebrate that at this stage of my life.”

The Music Center will develop and produce an annual celebration of music on the Jerry Moss Plaza each summer, featuring a headliner and performers whose artistry and appeal resonate with Moss’s music legacy. The new funding will also be used for critical amenities, such as the purchase and installation of a state-of-the-art sound system for the Jerry Moss Plaza.