‘The Haunting of Bly Manor’ abounds with scares 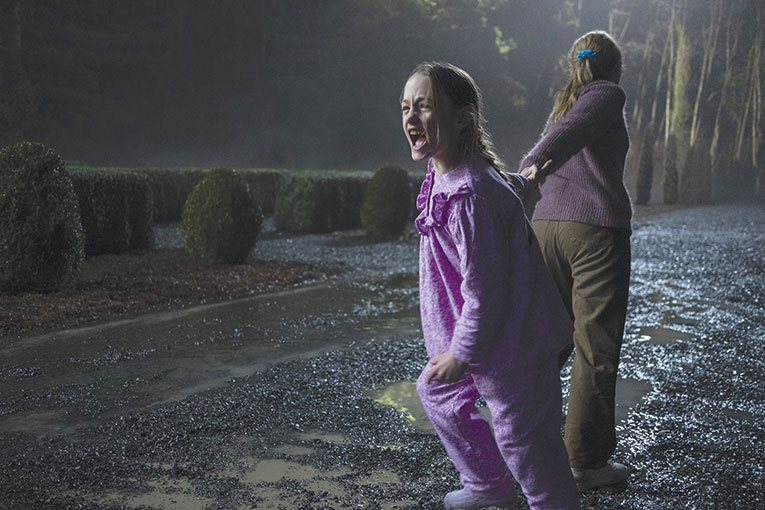 Horror television isn’t normally scary. Call that a hot take, call that heresy, but jump scares simply don’t have the same impact on small screens. That doesn’t mean horror TV isn’t entertaining – far from it. But a story with multiple shorter chapters serves a different purpose than its big screen kin.

Netflix’s “The Haunting of Hill House” resided somewhere between a film and a series, never spooky for extended refrains across 10 episodes, but it proved far more sophisticated than most ghost stories that run 90 minutes. The 2018 series neatly wrapped things up, but horror auteur Mike Flanagan (“Doctor Sleep,” “Hush,” “Oculus”) pressed on with a new haunted house, a new time period and many familiar faces.

Welcome to “The Haunting of Bly Manor,” hardly the spook factory of its predecessor in an anthology series now deemed “The Haunting,” but it’s a worthy predecessor, intense enough and dripping with mysteries to drink in for nine episodes. While season one reimagined the 1959 novel of the same name, “Bly Manor” goes deeper into gothic literature, adapting 1898’s “The Turn of the Screw.” And what better way to honor a century-old novella than set “Bly Manor” in the 1980s English countryside.

Immediately a pair of “Hill House” alum arrive: American abroad Dani Clayton (Victoria Pedretti) and Henry Wingrave (“E.T.’s” Henry Thomas), who must find a new au pair for his nephew and niece residing in Bly Manor. Pedretti’s character appears weak – naive – but that’s only a facade. All things supernatural and adolescent don’t get in her way.

The manor staff notice both of Dani’s internal struggles, but they quickly take to her. Stoic Mrs. Grose (T’Nia Miller) runs the house, but her formal demeanor masks a complex personal history. Owen (Rahul Kohli) runs the kitchen effectively while he cares for his ailing mother.

Groundskeeper Jamie (Amelia Eve) sees Dani in an entirely different way. That relationship defines the show. Is this a love story? A ghost story? “Bly Manor” takes sides in the most profound final moment of a TV series. Gut wrenching. Just gut wrenching in the most effective of ways.

So is it scary? Maybe half as much as “Hill House,” but easily more than all of “American Horror Story’s” seasons combined. A few moments might even prompt a frantic search for a warm body to hold near, but “Bly Manor” relies more on tone and anticipation.

The first season set an impossible expectation for anything that comes after. But without big brother casting a wide shadow, season two works well enough on its own. Like season one, each episode delves into the backstory of a significant character (prepare yourself for episodes four and eight), adding a new layer to many riddles that backlog until the finale.

Tone and decorative jolts texture a rich storyline and some splendid acting, though the number of American actors giving British accents the old college try might be a deal breaker. This is another example of horror media more interested in story than evoking fear. That said, tense moments effectively come out of nowhere.

Director-producer Flanagan began with more traditionally tense movie experiences, but he’s setting up shop with slow and steady, to mixed results. His adaptation of Stephen King’s “Doctor Sleep” embraces a snail’s pace, though the better example is the Netflix film “Gerald’s Game,” something meant for a stage, less terrifying.

Call it dramatic horror, call it a slow burn, call it prestige horror, if you fancy the latest arbitrary term. No matter what, “Bly Manor” is an addictive experience worthy of binging quickly. Who is the storyteller (Carla Gugino) chronicling the entire series? What happened to embezzler Peter Quint (Oliver Jackson-Cohen)? How will it all end? The answers come, accompanied by incredible performances and writing that never succumbs to cliches.