Streetlights program offers a ‘foot in the door’ 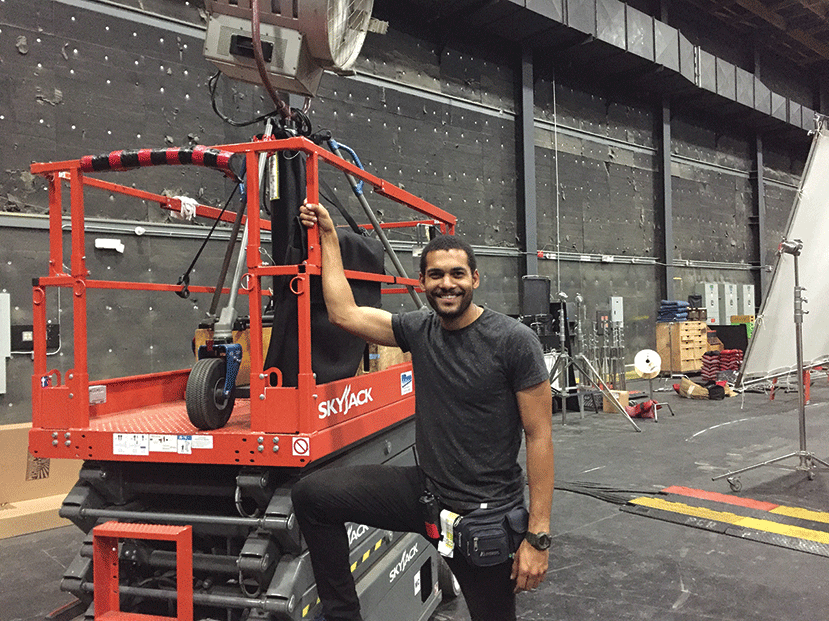 Streetlights graduates like Alex Williams can begin their careers in the entertainment industry on sets for commercials and music videos. (photo courtesy of Streetlights)

When Matthew A. Cherry won an Academy Award for the animated short film “Hair Love” earlier this year, he garnered attention for both his tribute to Kobe Bryant, who was a previous recipient of the Oscar for Best Animated Short Film and who died days before the ceremony, and his loving representation of African-American fathers and portrayal of Black hair.

“‘Hair Love’ was done because we wanted to see more representation in animation,” Cherry said during his acceptance speech.

In an interview after his victory, Cherry credited Streetlights, a nonprofit that trains ethnic minorities from disadvantaged communities to create diversity in the entertainment industry.

“Streetlights was my foot in the door. [Founder] Dorothy Thompson and Adele [Wilson] and everybody over there, they really helped me get my first shot,” Cherry said.

Cherry was Streetlights’ first Oscar winner, but he’s one of several thousand people who got their start in television, commercials, movies and music videos through the program, said Wilson, the nonprofit’s interim executive director.

“It’s a big issue in the country and in every business and every system, and the entertainment industry is parallel with other businesses,” Wilson said. “They’ve been making movies for over 100 years, and it’s one of those industries where you hire who you know … There are lots of blue collar, wonderful, high-paying union jobs that can be had by anyone who lives in the community, but the opportunity has not been there.”

“The entertainment business has been aggressive and done a good job of promoting the in-front-of-the-camera group, and we’re doing our best to support the behind-the-camera group that needs desperately to be more diverse,” added Cami Taylor, president of the Streetlights Board of Directors. 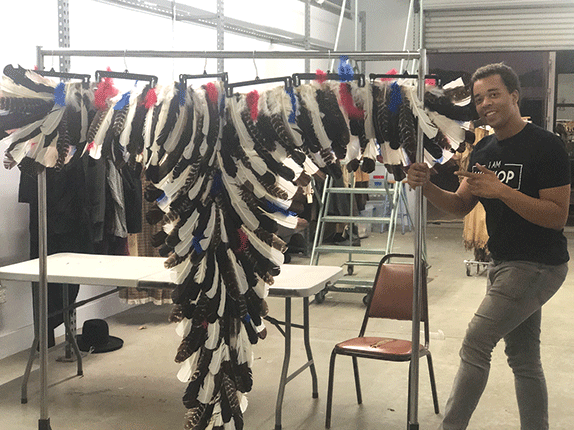 Starting this month, those opportunities will be offered at Television City, as the Hackman Capital Partners-owned media campus partnered with Streetlights as part of Television City’s Changing Lenses initiative, a $2 million program to rebuild the Fairfax District and support marginalized communities.

Zach Sokoloff, a vice president with HCP primarily focused on the Studio Platform, said the studio began to look for ways to make a difference in light of the protests over George Floyd’s murder and the ensuing civil unrest.

“As a studio, we looked ourselves in the mirror and said, ‘How can we make a difference? How can we not only talk about change but be about change?’” he said.

When Streetlights learned that Hackman Capital was looking to invest in nonprofits, Wilson said they began discussions on how best they could work together.

Through a six-figure investment, Television City will sponsor an incoming class of Streetlights trainees and host the classes on its campus.

Wilson said while classes are normally 12 to 15 people, due to COVID-19, this class will train eight people. In a six-week training program, participants are taught how to be production assistants, as well as life skills and how to succeed in business using techniques like networking. The training takes place in a classroom for four weeks, then two weeks of paid on-the-job training, often on shoots for commercials and music videos, Wilson said.

Taylor, a producer, said the trainees begin work as production assistants, an “entry-level position” that is “the foundation for a shoot.”

“This is the beginning of introducing people to different aspects of the film business, and that’s building a career for them in what they’re intrigued by and good at, and what they want to do ultimately,” she said.

Sokoloff said that bringing people of color into the entertainment industry and connecting them to “long-term career pathways” was “something that felt not only sustainable as a studio, but something that could compound over time and make a difference, making the industry as diverse and dynamic as the city itself.”

Sokoloff said he was also inspired by his time with Teach for America, when he was a teacher for the Los Angeles Unified School District. Sokoloff taught algebra at Robert Louis Stevenson Middle School in Boyle Heights and at Jordan High School in Watts.

“The folks that Steetlights works with are young professionals of color who had to fight their way to where they are. Obviously everybody’s story is different, but I see a lot of my former students in the young professionals we’re going to be able to help, and it’s important that we use our position as a leader in the entertainment industry to really make sure that everybody has an opportunity to follow their passions and accomplish their dreams,” Sokoloff said.

Sokoloff added that Television City is “particularly proud” to be sponsoring the trainees’ admission into the Local IATSE 33 L.A. Stage Technicians & Projectionists union, which announced earlier this week an initiative of its own to improve diversity and representation in its membership.

“Getting into a union can be a very important step to building a long-term career as a young person who is trying to make their name in the entertainment industry,” Sokoloff said.

For information or to donate to Streetlights, visit streetlights.org.