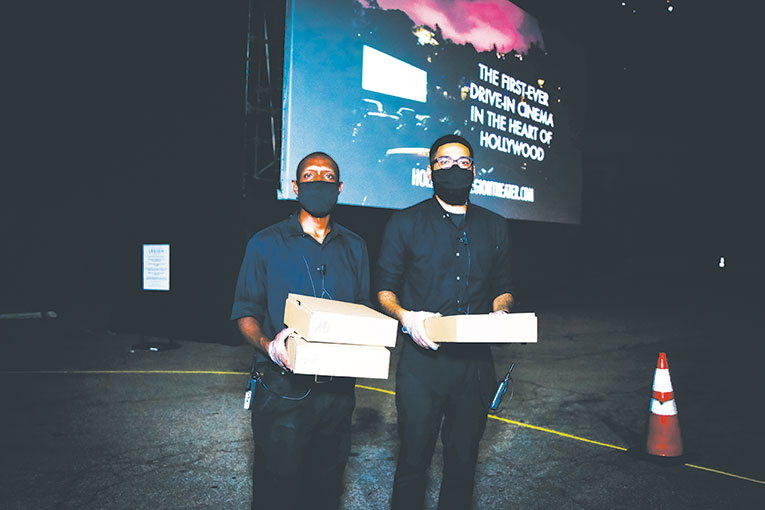 With a capacity of 30 vehicles, the Legion drive-in provides an intimate outdoor movie-going experience nestled in the Hollywood hills.

With this film, Nicks, long considered one of rock’s most iconic performers, provides a virtual front-row seat to the magic of her live concerts. The film is highlighted by a compendium of fan-favorite hits from her solo career and as a member of Fleetwood Mac, including “Rhiannon,” “Stop Draggin’ My Heart Around” and “Landslide,” along with other songs from her platinum-selling catalog.

The film was directed and produced by Joe Thomas during Nicks’ 67-city, sold-out 24 Karat Gold Tour in 2017, with concert venue filming occurring in Indianapolis and Pittsburgh.

“The 24 Karat Gold Tour was my all-time favorite tour,” Nicks said. “I not only got to sing my songs but I was able to tell their stories for the first time. I love having the opportunity to share this concert with my fans. From me to you, 24 Karat Gold!”

Reserved tickets start at $65 per car and include unlimited popcorn, soda and selection of candy for each guest. Customized concession packages are also available for private events.

“We are absolutely thrilled to have the opportunity to screen this epic concert film,” Post 43 theater director Bill Steele said. “The boutique setting of our drive-in will enhance the on-screen concert experience”

Vintage: Reform was key topic in city election 50 years ago